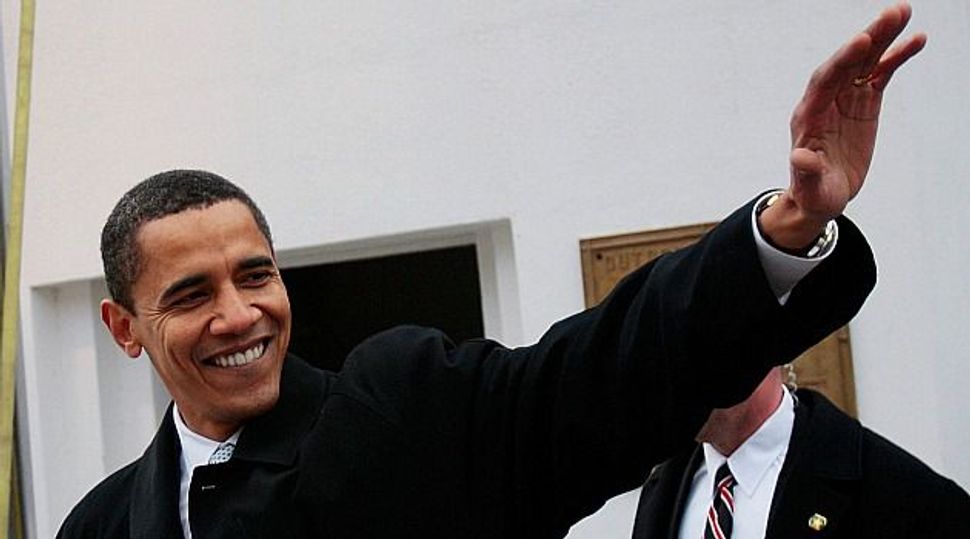 No Memory: Barack Obama burst onto the national political scene 20 years after graduating from Columbia College in 1983. None of the 25 Israelis who graduated with him that year remembers the future president.

Among those Israelis vying for the attention of Barack Obama as he prepares for his visit here next week, one fairly large, yet little-known group can claim a special long-standing connection to the U.S. president: We were his classmates in the Columbia University undergraduate class of 1983.

As of the latest count, there are close to 25 of us living here in Israel, some making the move close to 30 years ago, right after graduation, others pretty fresh off the boat.

But here’s the thing: Not one of us remembers Barack Obama – who transferred to Columbia after his sophomore year at Occidental College in California – from our undergrad years, nor do we know anyone else who does.

“If he wasn’t on my radar, he wasn’t on anyone’s radar,” asserts Jamie Miller, a mother of five, who lives in Beit Shemesh.

Sarah Graber Nehrer says she became curious about Obama even before his first presidential run. “When he first came on the political scene.

“I had no recollection of him whatsoever, and neither did anyone else I know, which I found very strange,” she said.