Americans Back Israel, Say U.S. Should Stay Out of Peace Talks 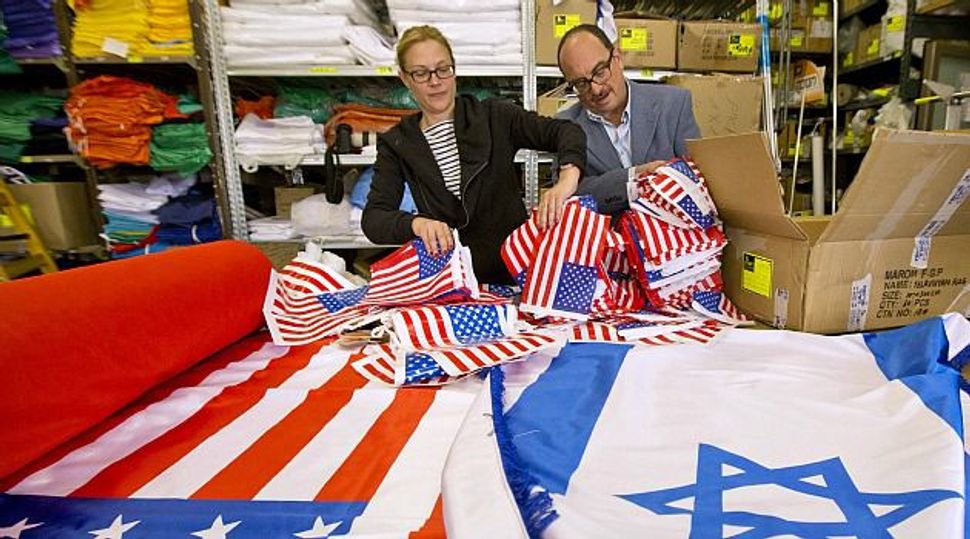 A new poll shows that most Americans support Israel, but do not want the U.S. to take the lead in an Israeli-Palestinian peace process.

The 69 percent figure is 15 percentage points higher than when the poll last asked about the U.S. role in peace talks 11 years ago, during the second intifada.

More than seven in 10 Republicans support Israel over the P.A., while that number drops to 49 percent among Democrats. Only 11 percent of Democrats and 4 percent of Republicans sympathize more with the P.A. than with Israel.

Conducted by Langer Associates, the poll sampled 1,001 respondents and had a margin of error of 3.5 percent.

Meanwhile, another polls showed Americans’ sympathies lean heavily toward Israel over the Palestinians in the highest level of support seen in 22 years.

According to data gleaned from Gallup’s 2013 World Affairs poll, 64 percent of Americans support Israel over the Palestinians, with 12 percent backing the Palestinians over Israel. The last time Israel garnered as much support from Americans was in 1991 during the Gulf War.

Republicans are much likelier than Democrats to favor the Israelis, at 78 percent to 55 percent, with independents at 63 percent. But since 2001, independents have shown the greatest gain in support, up 21 percent. The support from Republicans has increased 18 percent during that time and Democrats’ backing has grown 4 percent.

Among young adults, the percentage of those answering no opinion or does not favor either side has increased.

Each age group polled 12 percent in favor of the Palestinians.

The poll was conducted Feb. 7-10, with a random sample of 1,015 adults aged 18 and older living in all 50 states and the District of Columbia. The poll had a margin of error of plus or minus 4 points.

Americans Back Israel, Say U.S. Should Stay Out of Peace Talks