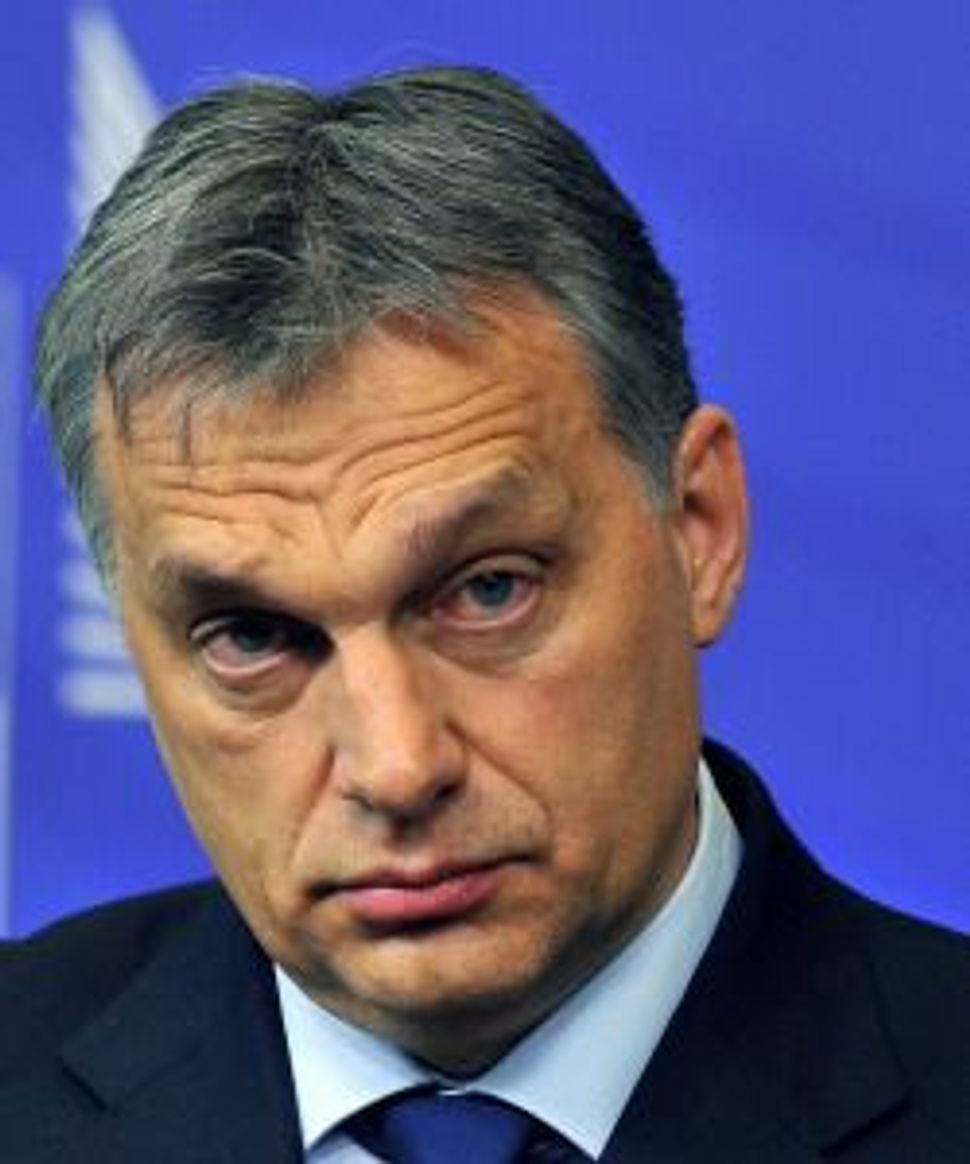 Israel and a European human rights official criticised Hungary on Monday for presenting an award to a television journalist they accuse of anti-Semitism.

A dozen former recipients of the Tancsics prize for journalistic excellence handed their awards back in protest against it being given this year to Ferenc Szaniszlo, a journalist at privately-owned channel Echo TV.

Israel’s ambassador accused Szaniszlo of “spreading anti-Semitic conspiracy theories against Israel”. The journalist denies he had made anti-Semitic comments.

“This man and his ideas must be rejected and should not have been awarded (a prize). I call upon the government of Hungary to take all necessary actions in order to withdraw the award, given to the wrong person for very wrong reasons,” Ambassador Ilan Mor said in a statement.

In a clip of one of his programmes from 2010, posted on YouTube, Szaniszlo said Israel had been created by the West as a bastion against Arab-Muslim countries, but that it would lose its importance as such once the region’s oil and gas run out.

“The western world needs to reckon with … emptying Israel,” Szaniszlo said in the video. “… It can be expected that the Jewish population from Israel … will need to be gradually relocated to Europe and the United States.”

Szaniszlo said he would not return the award.

“This is not anti-Semitism at all. Whenever someone dares to criticise the policies of Israel, then that person is listed as an anti-Semite immediately,” he told Reuters.

Nils Muiznieks, human rights commissioner at the Council of Europe, said he was concerned by Hungary’s decision to give awards to Szaniszlo and two other people, all of whom, he said: “have made no secret of their anti-Semitic and racist views.”

“Giving the annual Tancsics prize to a journalist notorious for his positions against Jewish and Roma people, as well as medals to a singer of an extreme right, nationalist music band and to an archaeologist known for his theories clearly tainted by anti-Semitism is an insult to our past and flies in the face of European and democratic values,” Muiznieks said in a statement.

Hungary gave awards to some 200 academics, journalists and artists to mark a national holiday last week.

They included Janos Petras, singer in a far-right rock group, Karpatia, and archaeologist Kornel Bakay, who organised a controversial exhibition in 2003 about Hungary’s Nazi past. Neither could immediately be reached for comment.

The government minister who has final say on the awards said it had been a “bad decision” to grant the award to Szaniszlo and that he had not been aware that the journalist “had made comments recently that violated human dignity.”

“Had I been aware of these views, I would not have accepted the proposal (for the award). As regulations do not allow to withdraw awards, I can only express my regret over a bad decision,” Minister for Human Resources Zoltan Balog said in a statement.

Hungary’s far-right party Jobbik, which has been vocal against Roma and Jewish people, has 43 seats in parliament. Prime Minister Viktor Orban’s centre-right government has condemned the party’s rhetoric.