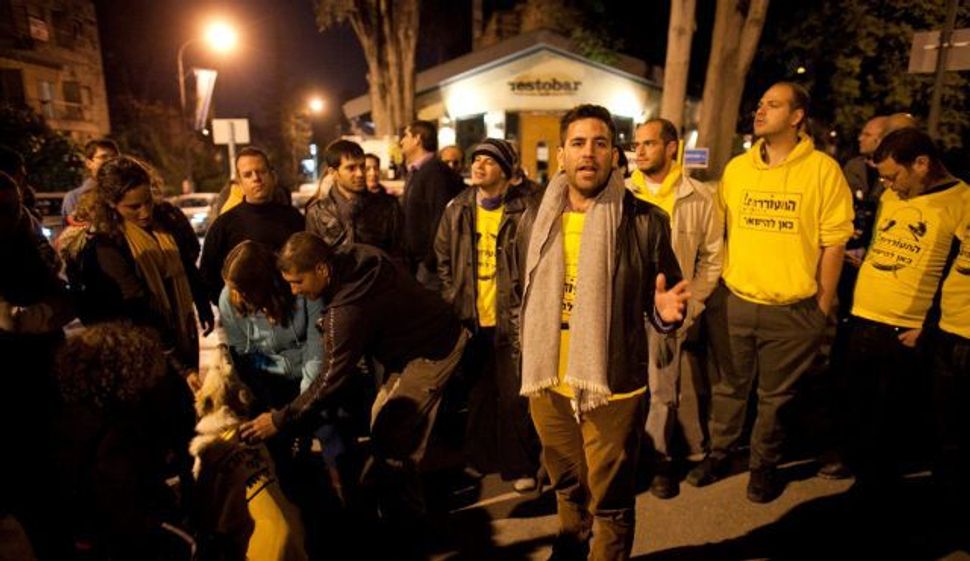 We Want Our Cafe: Fans of Restobar, a non-kosher favorite for secular residents of Jerusalem, protest its closure in the holy city. Image by haaretz

Restobar, one of the few restaurants in central Jerusalem that was open on Shabbat, shut its doors Monday after its landlord refused to renew the lease unless the establishment closed on the Jewish day of rest.

Shahar and Avigail Levy, the owners of the eight-year-old restaurant-bar located in Rehavia, announced the closure on their Facebook page Monday morning.

“It’s sad that in Jerusalem in 2013 there are benighted people who impose on others to accept a way of life that isn’t theirs by force … and in one fell swoop erased the livelihood of some 50 employees and dozens of suppliers who were sustained by this business for many years.”

A demonstration took place Monday evening in front of the eatery to protest what organizers said was religious coercion.

Since its opening in January 2005, the nonkosher Restobar has been an attraction for secular residents.