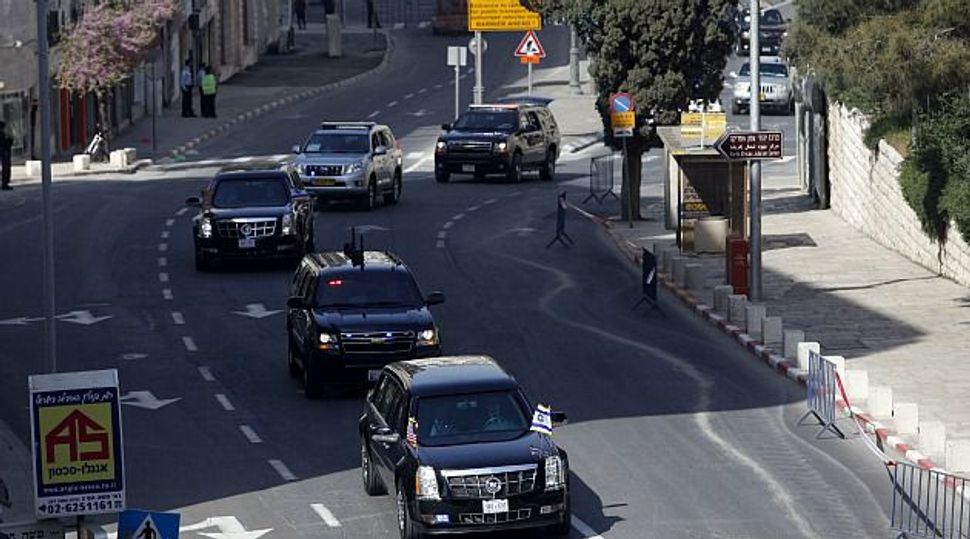 Black Car Breakdown: One of President Obama?s limousines broke down in Jerusalem. Officials insisted the snafu did not prevent him from moving around as planned. Image by getty images

One of President Barack Obama?s protective limousines broke down in Israel on Wednesday but did not affect his ability to move around Jerusalem, a Secret Service spokesman said.

The black, heavily guarded limousine experienced mechanical problems before Obama landed in Israel for a state visit. Various news reports said it had been mistakenly filled with the wrong fuel, but the Secret Service did not confirm this.

?One of our protective vehicles experienced mechanical problems in Israel earlier today. This is why we bring multiple vehicles and a mechanic on all trips,? Secret Service spokesman Brian Leary in Washington.

?Situations like this are planned for extensively by our advance teams so that the president?s itinerary is unaffected by these types of issues.?