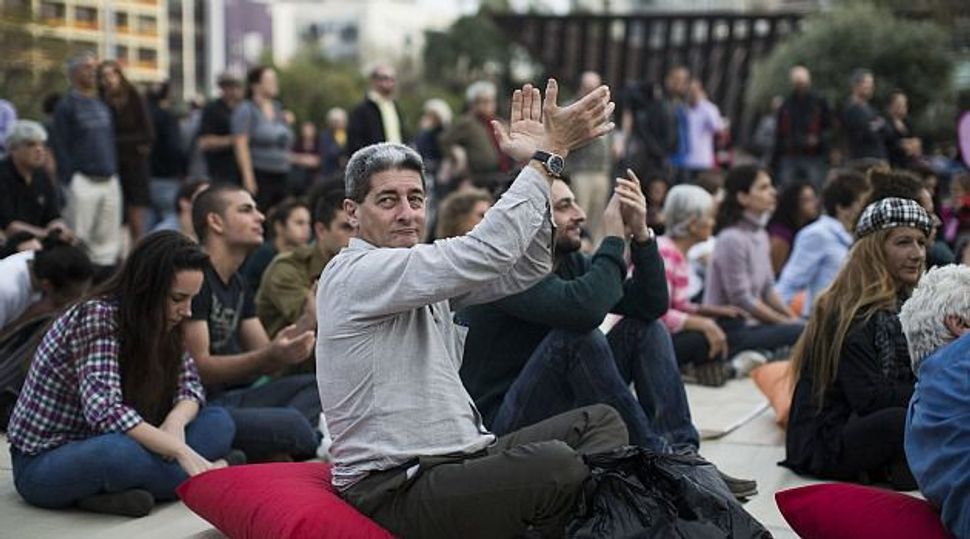 Rock Star: Israelis were bowled over by Barack Obama?s speech, which included impromptu off-the-cuff pleas for a new generation to push for peace. Leaders on both sides of the Green Line were less impressed. Image by getty images

President Barack Obama was given a rapturous reception by Israeli students on Thursday as he made a rousing call for peace with the Palestinians, but his lofty oratory got lower marks beyond the conference hall.

Urging the younger generation to push politicians for change, Obama said a concerted effort must be made to secure an independent Palestinian state alongside a secure Israel.

The youthful audience repeatedly interrupted Obama with loud applause, holding up their cell phones to film his performance and giving him a standing ovation after a lone heckler was whisked away by security staff.

“He is a president who is also a rockstar. It’s amazing. He knows how to touch the hearts of the people,” said Gur Wallner, 25, a media student from the southern Israeli town of Sapir.

Israeli and Palestinian political leaders, however, were significantly less enthusiastic about his speech, which was billed as the highlight of Obama’s three-day visit.

Bennett dismissed Obama’s call for an end to the occupation of territory seized in the 1967 Middle East war, suggesting the land belonged to Israel.

“There is no such thing as a nation being an occupier in its own land,” Bennett said in a comment pasted on Facebook.

A short distance away in the occupied West Bank, few Palestinians appeared to believe that Obama’s appeal would bring swift results and expressed disappointment that Washington did not appear ready to apply effective pressure on Israel.

Direct peace talks between the two sides broke down in 2010, with the Palestinians walking away from the table when Israel refused to extend a partial freeze on settlement building.

“Certainly U.S. policy is biased toward the Israeli position,” said Tayseer Khaled, a member of the executive committee of the Palestine Liberation Organization (PLO).

“President Obama did not say what is required of Israel and did not take a clear position on settlements and the borders of the Palestinian state.”

Palestinian hopes that Obama would change the dynamics of their decades-old conflict with Israel soared in 2009 when he made a speech in Cairo openly denouncing Israeli settlements.

The address in the Egyptian capital was portrayed as a “new beginning” in relations between the United States and the Muslim world. But four years on, students in Cairo expressed disappointment.

“Obama undertakes policies that show more understanding of the Islamic world, but he did not achieve anything for the Palestinian cause,” said Mohammed Abdel Rahman, a 20-year-old science student at Cairo University.

Obama appealed directly to Israelis to put themselves in the shoes of stateless Palestinians, saying Western-backed leaders in nearby Ramallah were ready for meaningful talks.

But Israeli Deputy Defence Minister Danny Danon threw cold water on the idea. “It is clear to us that we all want peace, but the public in Israel understands today that to our regret there is no real partner,” he told Israel radio.

Even some of Obama’s audience, while welcoming his warmth and wit, questioned his vision of hope.

“I agreed with a lot of the things he said, but there was also a lot of unrealistic optimism,” said Tal Ginzberg, 25, a student at Ben Gurion University in Beersheba.

“He is right that the Palestinians deserve their own state, but he ignores the fact that they are led by terrorist groups.”

The Palestinian leadership in the West Bank has renounced violence, but has said it will not return to negotiations unless Israel halts the settlement building.

Wasel Abu Yousef, a senior PLO leader in Ramallah, said he had heard nothing in the past two days to make him optimistic. “Obama’s visit provides no clear way forward for a serious solution to the conflict,” he told Reuters.