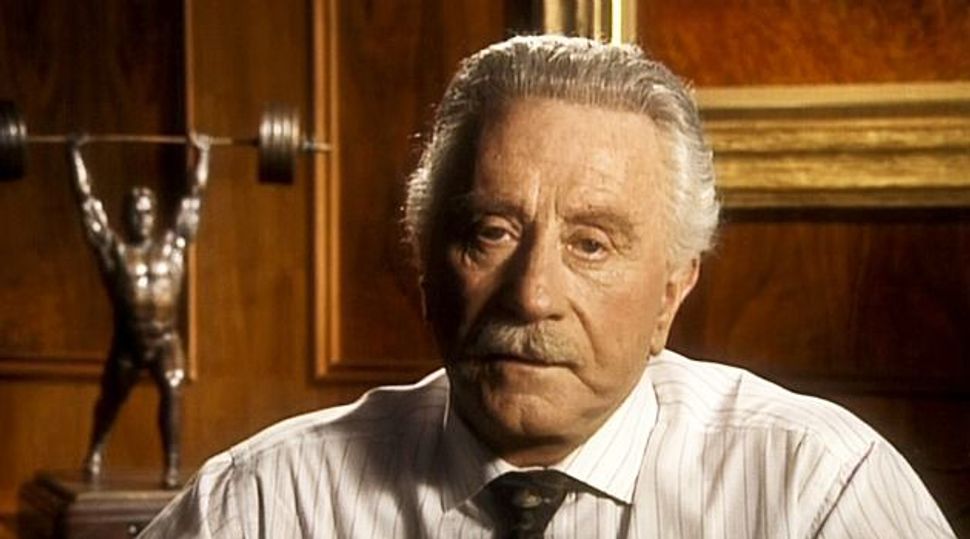 Joe Weider, the self-made fitness and bodybuilding guru who built a magazine empire that included more than a dozen popular publications such as Muscle and Fitness, Shape and Men’s Fitness, died on Saturday at the age of 93.

Weider, also known for starting the Mr Olympia bodybuilding contest in the 1960s and mentoring a young Arnold Schwarzenegger, passed away from heart failure at a Los Angeles area hospital, his longtime publicist Charlotte Parker said.

“Joe Weider was a titan in the fitness industry and one of the kindest men I have ever met,” Schwarzenegger said in a statement posted on his official website.

“He leaves behind a fantastic legacy of a fitter world,” the film star and former governor of California said. “Very few people can claim to have influenced as many lives as Joe did through his magazines, his supplements, his training equipment and his big-hearted personality.”

Born to Jewish immigrants from Poland in a tough neighborhood of Montreal in 1920, Weider began lifting weights as a teenager to stand up to bullies and older boys before competing in his first bodybuilding contest at the age of 17, according to a biography provided by Parker.

He started his first magazine, Your Physique, in the early 1940s and with his younger brother Ben rented Montreal’s Monument National Theater to host the first Mr Canada contest during that same decade.

The two brothers also founded the International Federation of Bodybuilders and in 1965 Weider created the Mr Olympia competition, the sport’s premiere bodybuilding contest.

Weider met Schwarzenegger at a bodybuilding contest in Europe and convinced him to move from his native Austria to the United States to seek wider recognition.

“He saw a lot in Arnold,” Parker said. “He felt that the sport needed a star and right away he could see that Arnold was something special.”

Schwarzenegger, then nicknamed the “Austrian Oak,” first gained fame by winning a string of Mr Olympia titles in the early 1970s before going on to a successful career in such films as “The Terminator” and “Total Recall.”

He was elected governor of California in 2003 and served two terms before retiring from politics.

“Joe didn’t just inspire my earliest dreams; he made them come true the day he invited me to move to America to pursue my bodybuilding career,” Schwarzenegger, who visited Weider in the hospital before his death, said in the statement.

“I will never forget his generosity. One of Joe’s greatest qualities is that he wasn’t just generous with his money; he freely gave of his time and expertise and became a father figure for me,” he said.

Schwarzenegger also credited Weider with getting him his first acting role, in a movie called “Hercules in New York,” by claiming that the hulking young Austrian was a Shakespearean actor from Germany.

Weider, who also created a line of sports nutritional supplements and ultimately founded more than a dozen fitness magazines including Fit Pregnancy, Living Fit and Flex, sold his Weider Publicans to American Media Inc. in the early 2000s.

He is survived by his wife of more than 50 years, Betty.