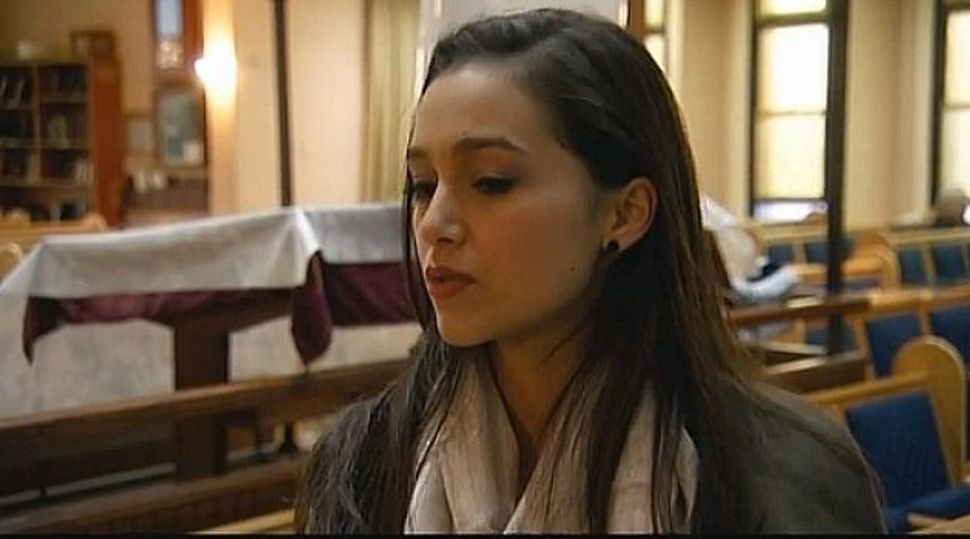 Image by courtesy of the voice

The Orthodox teenage girl who was suspended from school for appearing on an Israeli TV talent show lost in the finale of the contest.

Ophrir Ben-Shetreet, whose school punished her for performing in front of men, made it to the last round of ‘The Voice,’ a popular reality talent show.

She lost to Lina Makhoul, an Israeli-Arab of Christian parentage, despite belting out a stellar version of Leonard Cohen’s ‘Halleluyah.’

The 17-year-old senior was said to have violated the halachic prohibition known as kol isha. But many women were outraged that she was punished.

Makhoul, 19, from Acre bested her three competitors in the final and will receive a record contract and a scholarship to attend music school.

On stage during the special on Saturday night, Makhoul said she had been the victim of racism by the general public during the season’s filming, but that she had also received many warm reactions. “But the majority rules, right?” she said to the thousands of audience members, who responded with cheers and applause.

The final was made up of two rounds: The first included singing by the four contenders: Rudy Beinsin, Dana Tzelakh, Ofir Ben Shitrit, and Makhoul, as well as a round of duets with the contenders’ mentors, who were, respectively, Shlomi Brakha and Yuval Banay, Sarit Hadad, Aviv Geffen, and Shlomi Shabat. At the end of the round, two contestants were eliminated.

“Thank you for listening, believing, taking part, and putting the music first,” Makhoul thanked the viewers after her victory was announced.