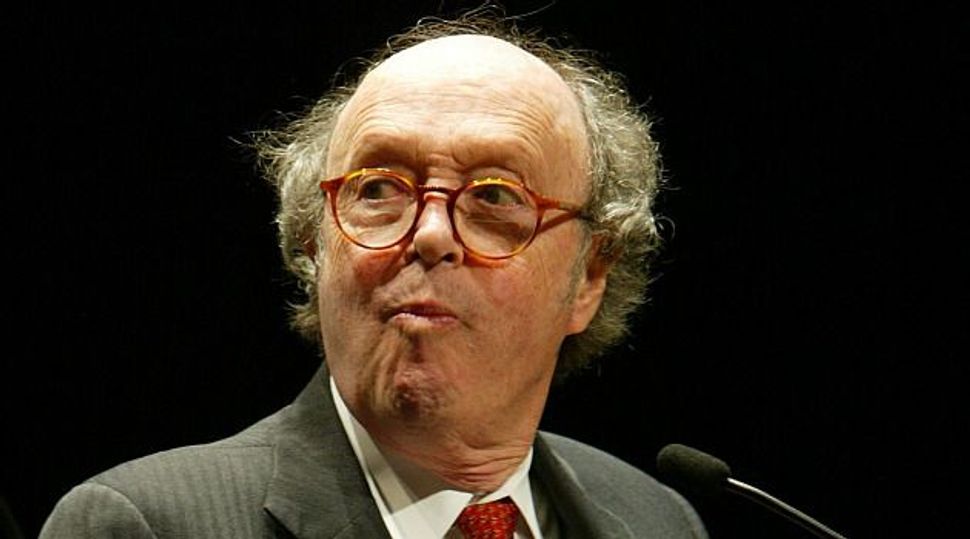 Anthony Lewis, both a champion and a critic of the U.S. legal system and press rights in a newspaper career spanning more than 50 years, died at his home in Cambridge, Massachusetts, on Monday. He was 85.

A retired New York Times reporter and columnist who won two Pulitzer prizes, Lewis died of complications of heart failure and renal failure, said his daughter Mia Lewis. He had been diagnosed with Parkinson’s disease.

He joined the Times in 1948 and, with the exception of a three-year stint at a Washington daily, spent his entire career at the newspaper, serving as London bureau chief and penning the “Abroad at Home” and “At Home Abroad” columns for more than three decades. He retired in 2001.

During his years as a columnist, Lewis took a number of positions at odds with his friends and colleagues, including criticizing Israel’s relations with the Palestinian territories and questioning how much liberty the First Amendment of the U.S. Constitution gave the U.S. press to protect anonymous sources.

His views on the First Amendment, while sometimes unpopular with colleagues, grew out of the respect the Bronx, New York-born reporter developed for the judiciary while covering the U.S. Supreme Court under Chief Justice Earl Warren in the 1960s, recalled a former colleague.

“In his later years he turned a little bit against the press, which he loved. But he disagreed with those of us who felt that we couldn’t just trust the courts to defend our freedom,” said Max Frankel, who worked side-by-side with Lewis in the Times’ Washington bureau early in his career and rose to become executive editor of the paper before he retired in 1995.

‘IDEALIZATION OF THE COURT’

After retiring from the Times, Lewis spoke out in favor of a 2005 court decision to jail New York Times reporter Judith Miller for 85 days over her refusal to reveal the source that had helped her to publicly identify a CIA agent.

“He felt that, no, the courts and the judges were the ultimate protectors of a free press,” Frankel said. “His idealization of the court, I think, grew mainly out of a court that he worshipped, which was the Warren Court. … I’m not sure how enthusiastic he would have been were he still writing now.”

Miller came under professional fire for stories she had written about weapons of mass destruction in Iraq that held closely to stances taken by the administration of President George W. Bush, which later proved to be based on faulty intelligence. She reached a deal to leave the Times in November 2005.

Miller denied doing anything wrong in keeping secret the name of her source – Lewis “Scooter” Libby, who had served as an aide to Vice President Dick Cheney – until he revealed himself publicly. When she left the New York Times, Miller said she did so “because I became part of the story.”

Lewis wrote frequently on the importance of the First Amendment. In his 2007 book “Freedom for the Thought That We Hate,” he wrote of America’s longstanding tolerance for words that shock and disgust.

“There will always be authorities who try to make their own lives more comfortable by suppressing critical comment,” Lewis wrote. “But I am convinced that the fundamental American commitment to free speech, disturbing speech, is no longer in doubt.”

Lewis did two stints at the Times, first from 1948 to 1952 in the paper’s Sunday department, before joining the Washington Daily News, where he won his first Pulitzer. He returned to the Times in 1955 as a Washington reporter and later became London bureau chief.

He won his second Pulitzer Prize in 1963 for his coverage of the Supreme Court.

His column carried the heading “Abroad at Home” or “At Home Abroad,” depending on where he was working. He was the author of the book “Gideon’s Trumpet,” an account of the Supreme Court’s 1963 decision guaranteeing all poor defendants the right to a lawyer under the U.S. Constitution’s 6th amendment.

This month marked the 50th anniversary of that decision, which involved an indigent Florida man, Clarence Earl Gideon, who was charged with breaking into a poolroom. Gideon, who could not afford a lawyer and represented himself at trial, was convicted.

Gideon appealed to the Supreme Court, which used his case to declare that every person charged with a serious crime is entitled to the assistance of a lawyer.

In his final column, written in the months following the Sept. 11, 2001, attacks on New York and Washington, Lewis mused on how the United States would balance its tradition of free expression with a renewed concern about national security.

“I am an optimist about America. But how can I maintain that optimism after Vietnam, after the murder of so many who fought for civil rights, after the Red scare and after the abusive tactics planned by government today?” he wrote. “I can because we have regretted our mistakes in the past, relearning every time that no ruler can be trusted with arbitrary power. And I believe we will again.”

Lewis is survived by his second wife, Margaret Marshall, former chief justice of the Massachusetts Supreme Judicial Court; daughters Eliza and Mia, son David, and seven grandchildren. Marshall resigned from the court in 2010 to care for Lewis after he was diagnosed with Parkinson’s disease.

Lewis was a lover of music, the arts, gardening and food, recalled his daughter Mia, who noted that her father loved to make fruit jellies, which won prizes at fairs on Martha’s Vineyard, the Massachusetts resort island.

“Growing up, we all got the sense that the things that he cared about in the world, that he wrote about, he really felt very deeply and cared about tremendously, and he passed that on to us,” Mia Lewis said.