What Is Killing the St. Peter’s Fish in Israel’s Lake Kinneret? 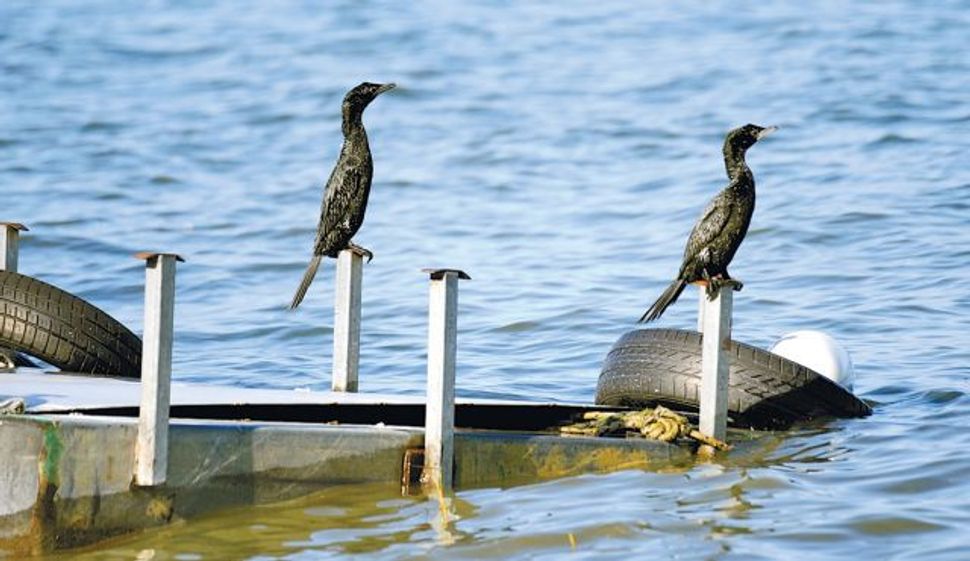 A new study by the Israel Nature and Parks Authority is debunking a long-held theory by fishermen and Agriculture Ministry fishery experts that a bird known as the great cormorant is responsible for the worrisome disappearance of fish in Lake Kinneret.

According to reports by fishermen, the quantity of fish in the lake has declined from more than 2,000 tons a year two decades ago to a few hundred tons in recent years. Experts ascribed the decline largely to eating habits of the great cormorant, an avian winter guest in this country with a voracious appetite for the bounty of the lake.

Counts made by the Parks Authority show that between 13,000 and 23,000 cormorants land here every year (last winter’s count was 14,000 ), with a few thousand settling down in the Kinneret area. Their favorite meal is St. Peter’s fish (tilapia ), which also happens to be one of the most economically valuable species to the fishermen.

Authority scientist Yifat Artzi’s calculations show that, at most, the birds are responsible for eating only some 38 tons of St. Peter’s fish – not enough to explain the decline.

What Is Killing the St. Peter’s Fish in Israel’s Lake Kinneret?