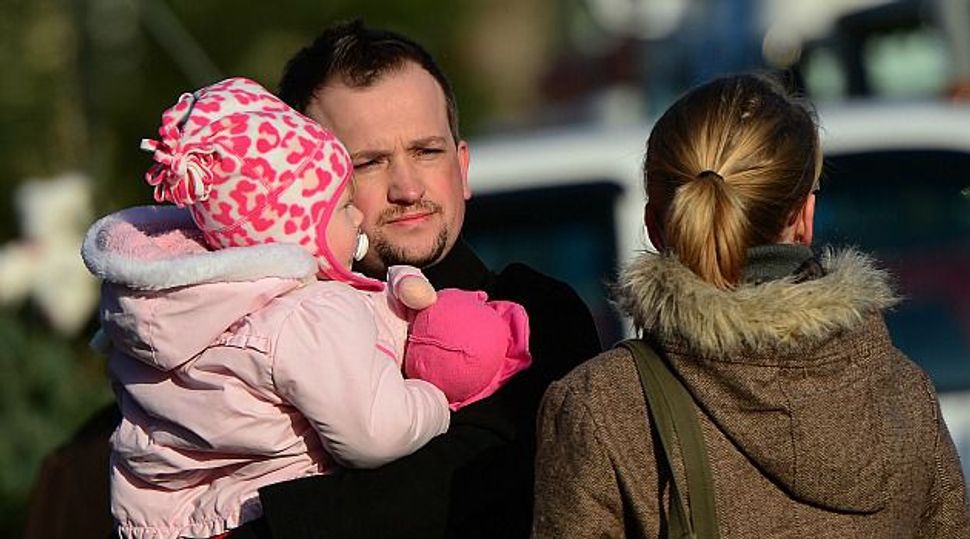 Investigators also found a newspaper clipping about a mass shooting in the home that Adam Lanza shared with his mother, along with a gun safe in his bedroom, receipts from shooting ranges and National Rifle Association certificates for both of them, according to court papers released on Thursday.

To carry out the second deadliest school shooting in U.S. history, the 20-year-old Lanza used 30-round magazines at Sandy Hook Elementary School in Newtown, said Connecticut Governor Dannel Malloy after the previously sealed searches of Lanza’s car and home were made public.

One of the children killed in the spree was Noah Pozner, 6, whose family is Jewish.

The pale yellow two-story suburban colonial house where Lanza lived is directly across the street from the home of Dylan Hockley, 6, who died in his teacher’s arms in the massacre. The Hockley family has since moved to another part of town.

The searches showed that Lanza had many weapons besides the AR-15-type assault rifle and two handguns used in the Dec. 14 attack.

The rampage started at the family home, where authorities say he shot dead his mother, Nancy Lanza, and then drove to the school he once attended. There he killed the 20 children, six staff members and then himself.

In addition to the cache of guns, three samurai-style swords and boxes of bullets, police found items that could offer some clues on Adam Lanza’s thinking.

Among them were a 2008 New York Times clipping on an Illinois school shooting and books on Asperger’s syndrome and autism. Friends of the Lanza family had described Adam Lanza as having Asperger’s syndrome, which is a form of autism.

For some in the tight-knit southern New England town, the release of the new details only inflamed emotional wounds.

“We struggle every day to stay on the path of recovery and every bit of information that becomes part of the public discourse holds a potential hurt for a family who has already suffered immeasurable harm,” said Newtown First Selectman E. Patricia Llodra.

“I appreciate that full and accurate information may help us, as a society, learn how to predict and prevent such horrors from happening in the future. That gain, however speculative, must be balanced against the hurt experienced by those in the eye of the storm,” Llodra said.

The attack, which President Barack Obama called the worst day of his presidency, reignited a fierce debate on gun violence and gun regulation in the United States.

The National Rifle Association came out swinging after the incident, calling on armed guards to patrol every public school in the country, while gun-control advocates called for tighter restrictions on both the process to buy guns and the types of guns and ammunition clips that may be sold.

The Second Amendment of the U.S. Constitution protects the right to gun ownership.

Police found NRA certificates in the names of both Adam Lanza and his mother, according to the documents. Police found Nancy Lanza’s body in her bed with a gunshot wound to her forehead and a rifle on the floor nearby.

Mayors Against Illegal Guns on Thursday released a TV ad featuring family members of the victims calling for tighter control of guns. Broadcast in Hartford, Connecticut, it was aimed to encourage a proposed Connecticut gun-control law.

“We cannot afford to wait for another tragedy,” said New York City Mayor Michael Bloomberg, the group’s co-chairman. “It’s long past time for elected officials to listen to their constituents and pass reforms like comprehensive background checks that we know will save lives.”

The court papers said police searching the Lanza home found an Enfield Albian bolt-action rifle, a Savage Mark II rifle, a revolver, three samurai-style swords with blades measuring up to 28 inches (71 cm) and a 6-foot, 10-inch (208 cm) wood handled pole with a blade on one side and a spear on the opposite side.

They also found a smashed computer hard drive and a gun safe in the room they believed to be Adam Lanza’s bedroom.

FBI agents interviewed one or more people who described Lanza as “a shut-in and avid (video) gamer who plays Call of Duty amongst other games.” It was noted that the Sandy Hook Elementary School was his “life.”

The search also turned up a Saiga 12 shotgun and two magazines containing 70 rounds of ammunition in the car Lanza drove to the school.