Number of Israelis Who View Obama as Pro-Palestinian Drops 20% 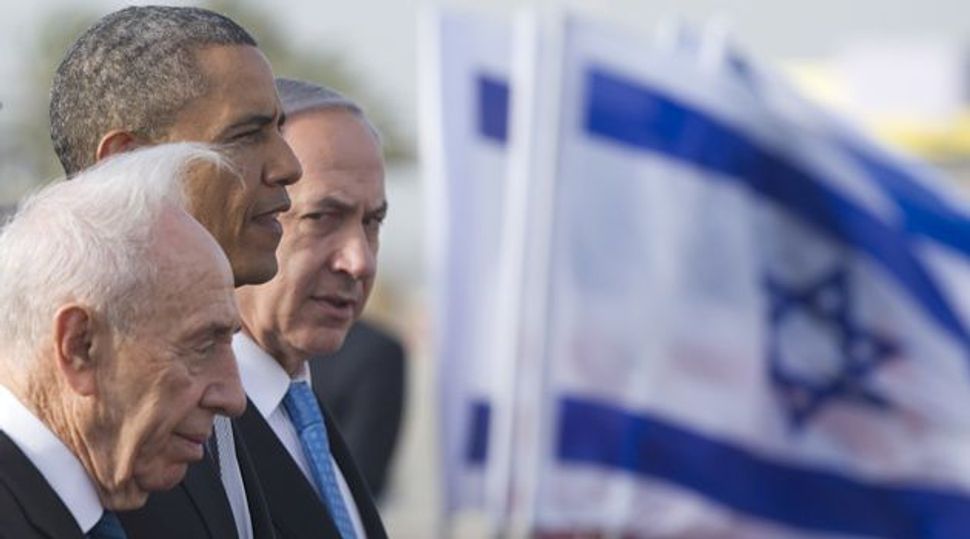 The number of Israelis who view President Obama as pro-Palestinian dropped by 20 percent following his first presidential visit to Israel, according to a new poll.

In the poll, conducted Sunday by Smith Research for the Jerusalem Post, 27 percent of 500 Israeli respondents said they considered the Obama administration more pro-Israel than pro-Palestinian, 16 percent said he was more pro-Palestinian, 39 percent were neutral and 18 percent did not an express an opinion.

Palestinian disappointment with Obama’s positive messages about Israel and his failure to visit former Palestinian leader Yasser Arafat’s grave was widely reported in the Hebrew press.

Among Labor voters who participated in the post-visit poll, 51 percent said Obama was pro-Israel. That figure was 29 percent among Yesh Atid voters; 27 percent for Likud-Beiteinu and Shas supporters, and 20 percent for those who supported the Jewish Home party.

Number of Israelis Who View Obama as Pro-Palestinian Drops 20%