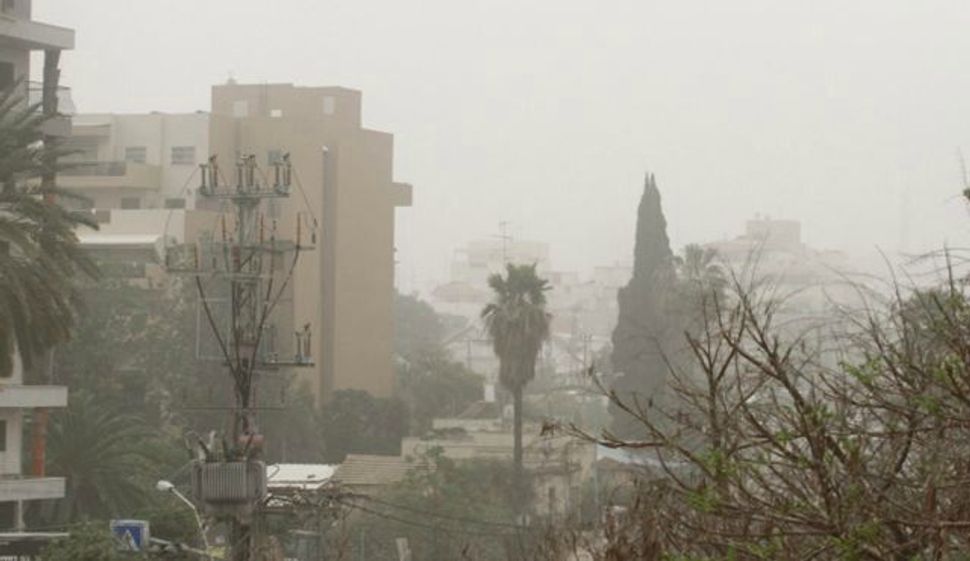 Heavy haze from sandstorms in the Negev area engulfed most parts of Israel on Monday, limiting visibility to approximately a kilometer. Conditions are expected to improve on Monday evening. The Environment Ministry issued a statement warning of high levels of air pollution.

According to the ministry’s estimates, Monday’s conditions were caused by the worst such storm in four years. Around Gush Dan and Haifa, air pollution levels were 40 times higher than on an average day.

On Monday evening the haze is expected to make its way to the inland areas of Israel, with high levels of sand and dust expected in the mountains.

Due to the weather, Sde Dov Airport in Tel Aviv was closed to civilian air traffic. Arkia and Israir flights to and from Eilat were relocated to Ben Gurion airport, with airlines providing shuttle services for passengers to and from Tel Aviv.

Ben-Gurion International Airport is continuing to operate normally, despite the weather. Most of the air traffic will start tomorrow, when Israelis return from their Passover holidays, and tourists in Israel depart.