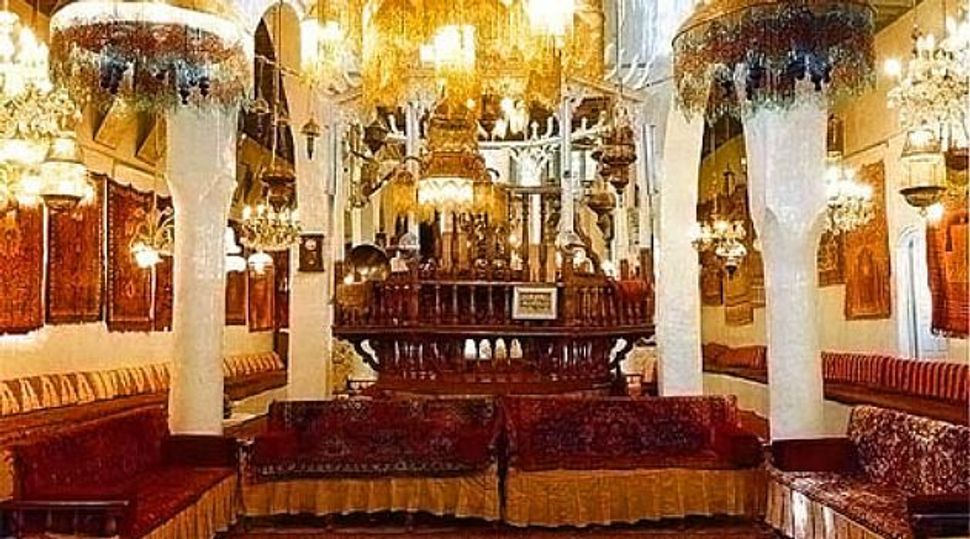 Theft and shelling have damaged a 2,000 year-old synagogue in Damascus, one of the oldest in the world, Syrian government and opposition activist sources said on Monday.

Syria’s historic monuments have increasingly become a casualty of the civil war has killed more than 70,000 people. Parts of Aleppo’s medieval stone-vaulted souk have been reduced to rubble, and many ancient markets, mosques and churches across the country are threatened with destruction.

The damage has so far been light at the Jobar Synagogue, built in honour of the biblical prophet Elijah, according to Mamoun Abdulkarim, the head of Syria’s antiquities department.

“Local community officials say the place’s sanctity has been violated and there were thefts but I cannot verify the nature of the thefts without investigation,” Abdulkarim told Reuters by telephone.

“Four months earlier they (Jewish authorities) tried to go in and were prevented from entering due to the presence of fighters.”

He said that authorities believed looters have mostly stolen gold chandeliers and icons dating back 70 to 100 years.

But Abdulkarim said he doubted that thousands of priceless manuscripts had been stolen from the synagogue as most of them, including Torahs in filigreed silver cases, had already been moved to the synagogue inside Damascus’s Old City, a UNESCO world heritage site.

The Jobar Synagogue is inside a run-down outer district of Damascus called Jobar, which was home to a large Jewish community for hundreds of years until the 1800s.

Rebels fighting to overthrow President Bashar al-Assad began moving into Jobar last July and the area has suffered heavy shelling from government air strikes and artillery since then.

Pro-Assad groups blame rebels for damage to Syria’s heritage, while the opposition blames the government. Video has shown both sides destroying ancient castles and shrines with shelling, gun battles and targeted explosions.

“Jobar has been shelled by Assad’s forces for more than 60 days … There is no building that has been spared by the shelling in Jobar, whether it is holy or not,” said opposition activist Mohammed al-Shami, who lives in the area.

“But luckily many artefacts from the synagogue were removed by a local council in Jobar and are now being stored for safety,” he said, speaking by Skype.

Other Jewish sites remained unharmed and in government hands, according to the Syrian official Abdulkarim.

“We deal with these (synagogues) in their archaeological value as we are dealing with a mosque or church, no differently. It is part of our heritage. Jewish culture is preserved,” he said.

Abdulkarim said Jews still living in Damascus were storing Jewish artefacts in the Old City’s Jewish Quarter at a synagogue that dates back to the Ottoman era and where Syria’s tiny Jewish community, only a few dozen, still prays.

The Jobar site, built atop a cave where the prophet Elijah was believed to have hidden from persecution, has been a place of pilgrimage for Syrian and Arab Jews.

Activists said at least six mortars had hit the synagogue, but that damage was still minimal.

Video published by opposition groups in early March showed damage to the concrete outer walls surrounding the synagogue and a pile of rubble next to the entrance, which is marked with an inscription in Arabic, Hebrew in English.