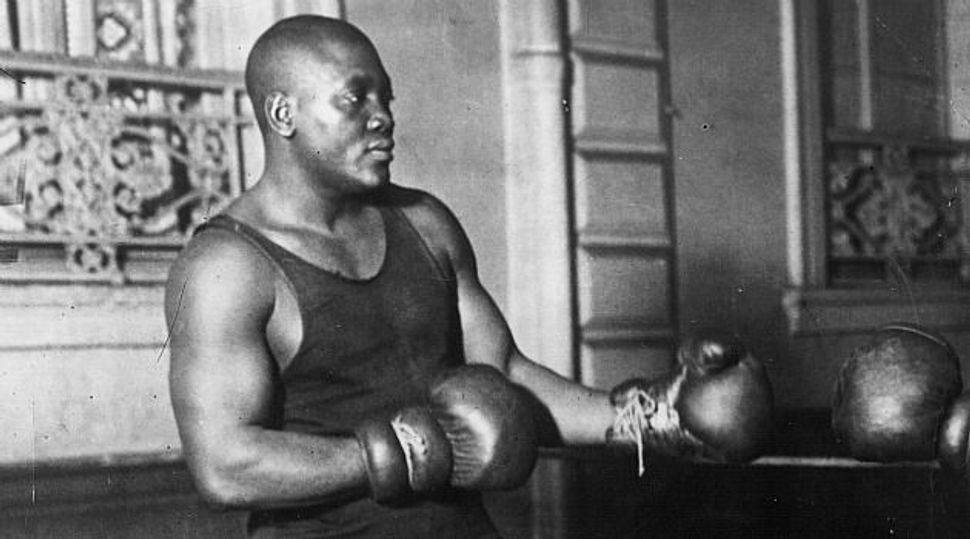 Civil rights activists in Texas are seeking a pardon from President Barack Obama for the late boxer Jack Johnson, an African-American convicted a century ago for the crime of taking a woman across state lines.

“Here in 2013, this man shouldn’t still be carrying the stigma of being convicted,” said Leon Phillips of the Galveston County Coalition for Justice.

Johnson, who died in 1946, was born in Galveston and fought under the nickname The Galveston Giant. He was the first black heavyweight boxing champion of the world, and faced off against a series of fighters each dubbed The Great White Hope, who were urged to strip Johnson of his title.

This was in the Jim Crow era of segregation in the United States, when African-Americans were generally not allowed to participate in sports with whites, and black men consorting with white women could be selectively targeted by law enforcement.

In 1912, at the height of his fame, Johnson was arrested with Lucille Cameron, a white woman who would later become his wife, for violating the Mann Act, a law that had passed two years earlier in response to a morality campaign.

The law made it a federal crime for a man to transport a woman across state lines “for immoral purposes.”

Cameron refused to testify against Jackson, and when he was convicted the following year, it was for taking another white woman, former girlfriend Belle Schreiber, across state lines. He was sentenced to spend a year and a day in prison.

In a video made to promote the request for a presidential pardon, Linda Haywood, Johnson’s great-grand-niece, draws a parallel to today’s battle over same-sex marriage.

“This was about who you love and how you love,” she said. “A pardon would erase the shame and the stigma and allow us to hold our heads up high.”

A White House spokesman did not immediately respond to a request for comment.

On Sunday, at a rally at the recently named Jack Johnson Park in Galveston, where there is a statue of the boxer, former Galveston City Council Member Tarris Woods said that the president should remove an injustice.