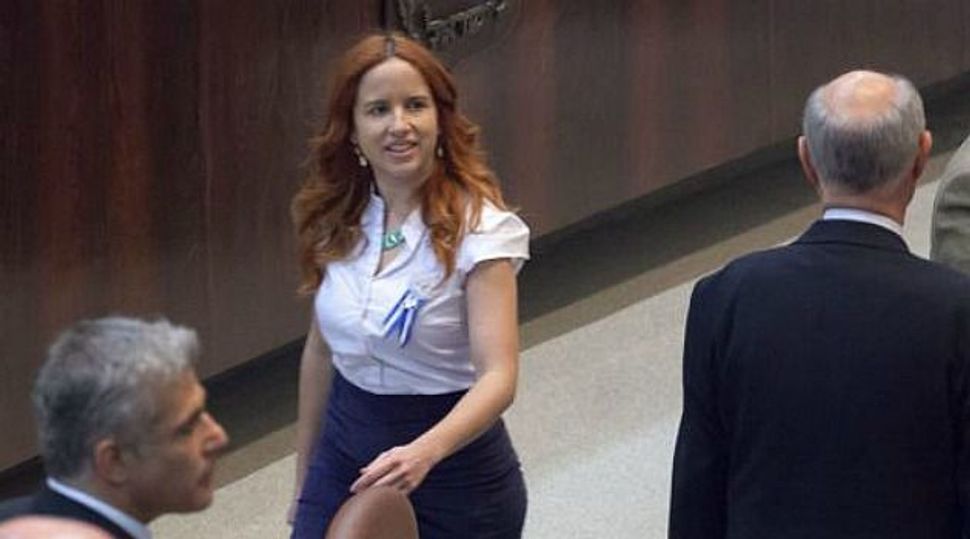 Not Loaded: Stav Shaffir has a bank balance that resembles her fellow twenty-somethings more than the average Israeli lawmaker. Image by haaretz

Shaffir (Labor) recently agreed to TheMarker’s request to disclose the statement of wealth she submitted to the Knesset.

The 27-year-old MK does not own an apartment or a car and she pays NIS 1,970 in rent, as one of four roommates in a Jaffa apartment.

The statement also shows that her debts to the bank (including credit cards, overdraft and loans) were NIS 74,140 as of March 2013. She also has NIS 1,684 in debt left over from the Labor primaries.