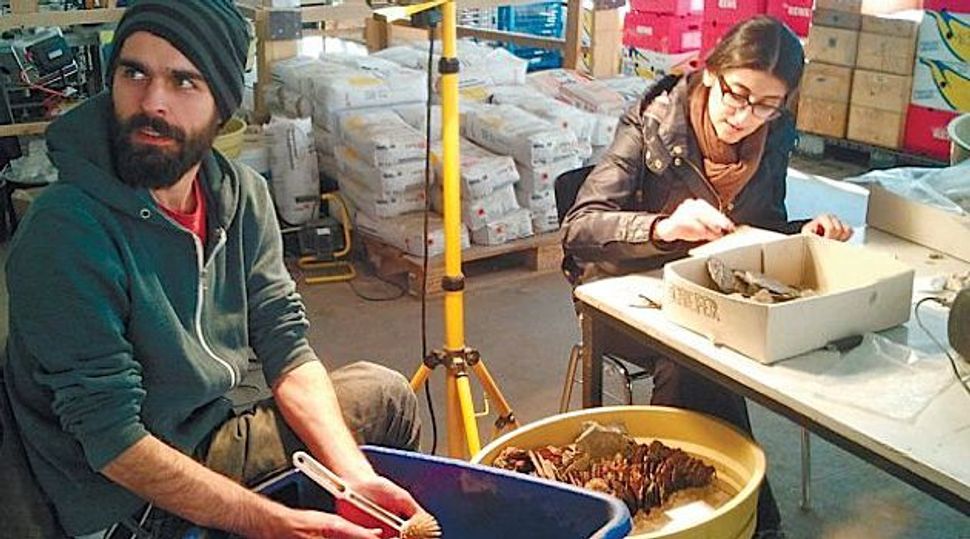 “We are fighting over history here,” said Dr. Sven Schuette, as we toured an archaeological dig in this city in western Germany in late March. “They claim the Jews fell from the sky, that they are merely guests here, who came and left. But what can you do, the findings we discovered in the field prove otherwise,” he added excitedly, as he pointed out the ancient synagogue and ritual bath that were uncovered in the heart of the city in recent years.

Schuette, 60, specializes in the archaeology of the Middle Ages for the city. From his office in the oldest section of Cologne, he oversees the excavation that has had both local residents and elected officials in an uproar for several years. At the center of the controversy is opposition both to use of public funds for the project and to the extended digging that it has entailed in the heart of the city.

Schuette believes that those opposed to the excavations are motivated also by latent anti-Semitism, of the sort he says that’s common in Germany. “They think it would be more appropriate to build a nice plaza here, rather than a Jewish museum,” as is planned, he adds. Some people have tried to sabotage the dig and have left suspicious items − such as a suitcase that was feared to have had explosives inside − at the entrance to the excavation; others send him threatening letters. “They are not neo-Nazis, just foolish people who do not understand history,” Schuette says.