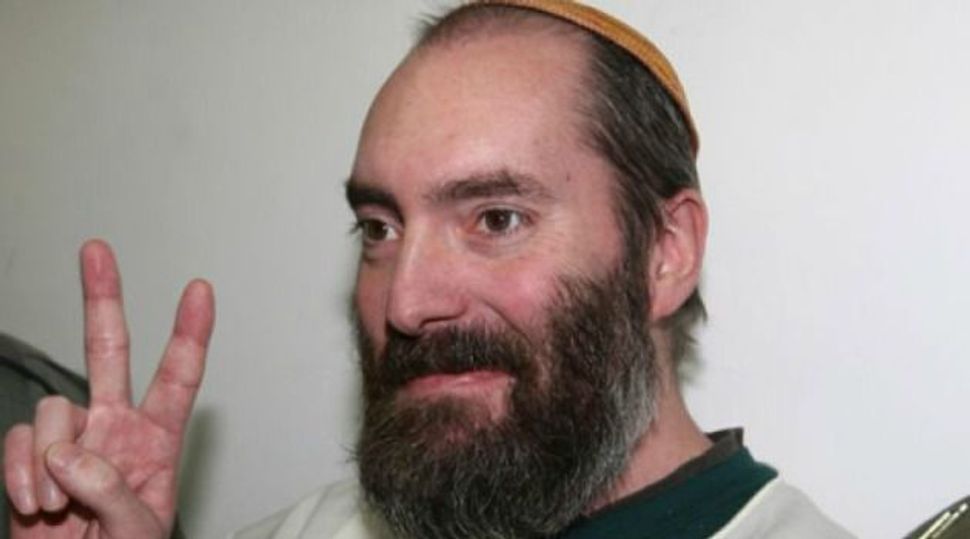 A West Bank settler dubbed “The Jewish Terrorist” by the Israeli media was sentenced on Tuesday to life imprisonment for the murder of two Palestinians in 1997.

Yaakov “Jack” Tytell, a U.S. immigrant, confessed to the killings, which he committed while visiting as a tourist. He was convicted in January of killing a Palestinian taxi driver in Jerusalem and a shepherd near the West Bank city of Hebron.

Efforts by Tytell’s lawyers, one whom quoted him as saying he had been on a “mission from God”, to have him declared insane failed.

After his arrest in 2009, he told investigators he had acted alone and was not part of any anti-Arab Jewish underground.

Sentencing Tytell to two consecutive life terms and an additional 30 years, a Jerusalem court said that in May 1997, he “decided to kill an Arab” and shot the taxi driver in the head after ordering him to pull over.

Three months later, “the defendant decided to kill another Palestinian”, shooting the shepherd twice in the chest along a West Bank road.

Tytell immigrated to Israel in 2001 and moved to a settlement in the occupied West Bank. In 2008, he planted bombs that injured a left-wing Israeli academic and a teenager who belonged to a group of Jews who follow the teachings of Jesus.

Israel captured the West Bank in a 1967 war and there are now hundreds of thousands of Jewish settlers on occupied land. Palestinians want the West Bank as part of a future state, but talks with Israel have been frozen since 2010.