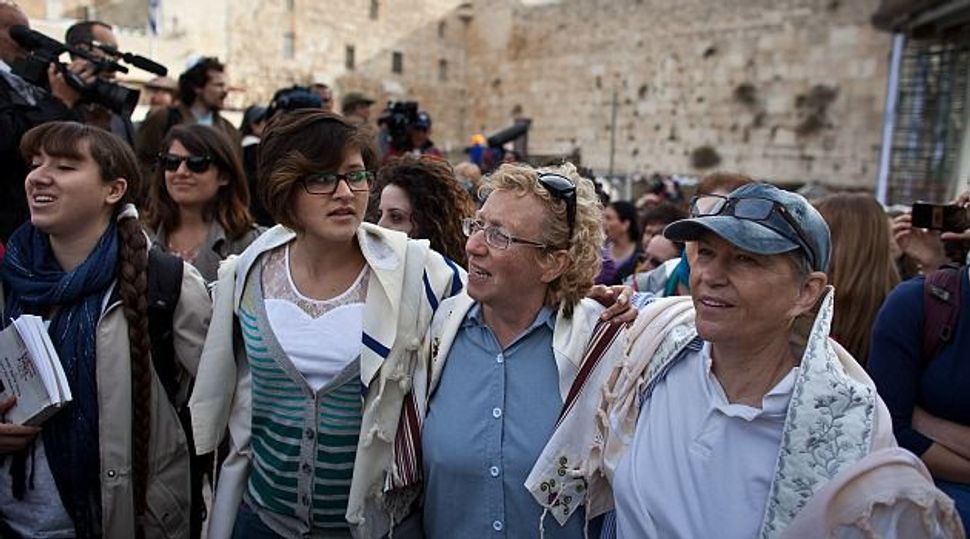 Israeli police detained five women activists on Thursday at the Western Wall, one of Judaism’s most sacred sites, for wearing prayer shawls, which Orthodox tradition sees as solely for men, a spokesman said.

The incident occurred during a monthly prayer session by the Women of the Wall, a group opposed to police-enforced Orthodox controls at the Jerusalem holy site, where worshippers are segregated by sex in accordance with strict Jewish tradition.

“Police detained for questioning five women who prayed with religious garments at the Wall … and an ultra-Orthodox man who burnt a book belonging to the Women of the Wall,” police spokesman Micky Rosenfeld said.

The group’s monthly gatherings at the Western Wall often end with arrests of women who don prayer shawls or read publicly from the holy scriptures, a rite also reserved under Orthodox ritual for men.

Such scenes have caused consternation within the Reform and Conservative movements of Judaism, which are predominant among Jews living outside Israel and allow men and women to pray side by side.

On Wednesday, officials said Israeli Prime Minister Benjamin Netanyahu was considering a plan to convert an old archaeological dig south of the Wall to an area where men and women would be allowed to mix and worship freely.

Natan Sharansky, a former Israeli cabinet minister who put together the proposal at Netanyahu’s request, said it would not entail structural damage around al-Aqsa mosque, Islam’s third-holiest site, above the Western Wall.

The sites came under Israel’s control in the 1967 Middle East war when it captured East Jerusalem and the West Bank.