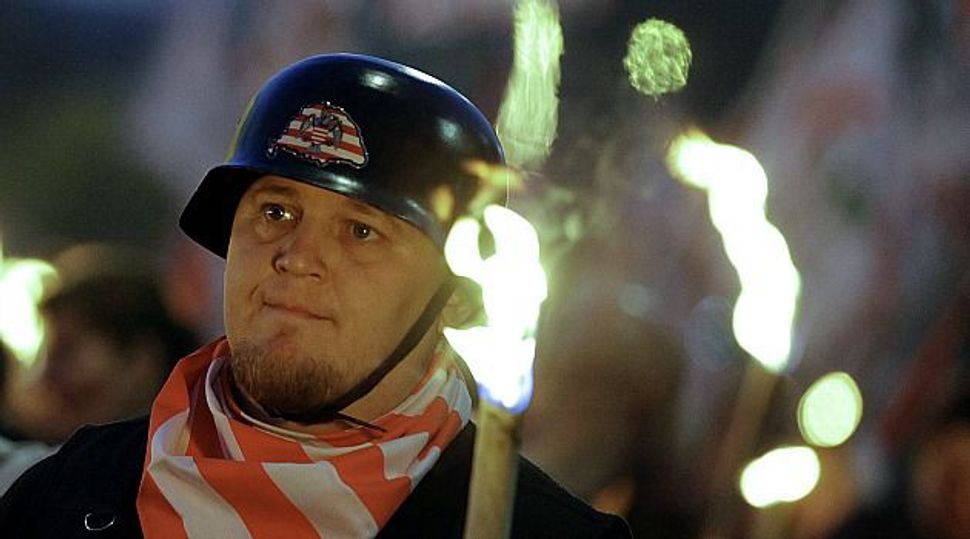 A far-right Hungarian priest said an “anti-Zionist” demonstration will be held in Budapest on the first day of the World Jewish Congress’ General Assembly.

Lorant Hegedus Jr., a Calvinist priest and member of the ultrarightist, anti-Semitic Jobbik party, announced that an “Anti-Bolshevik and anti-Zionist people’s gathering” will be held in the Hungarian capital on May 4, the first day of the WJC annual assembly.

The WJC announced last month that it would hold its 2013 annual assembly May 4-6 in Budapest to show solidarity with Hungary’s Jews, who are facing what organizers called “exceptionally strong” anti-Semitism. WJC rarely holds its congress outside of Jerusalem.

Peter Feldmajer, president of Mazsihisz, the Alliance of the Hungarian Jewish Communities, said Wednesday in a radio interview that “the Hungarian Jewish leadership condemns the demonstration to be held during the WJC session in Budapest,” and declared that it will not alter the plan of the WJC to hold its assembly in Budapest.

In his announcement of the demonstration, Hegedus called on the WJC to condemn “the Judeo-Bolshevik, anti-Christian and anti-Hungarian terror, and its Jewish leaders during the years of 1919 and of 1945.” Both years are significant in Hungarian history, characterized by the Hungarian far right as the revenge of the Jews against Hungarians.

Hegedus was a lawmaker in the 1990s as a leading member of the anti-Semitic MIEP Hungarian Justice and Life Party, the predecessor of Jobbik, which has nearly 15 percent of the seats in Parliament.

The demonstration is being seen as a revenge of sorts for the ban of an anti-Semitic rally planned for the same day as the April 21 Holocaust memorial march in Budapest. Hungarian lawmakers this week banned the demonstration, dubbed “Give gas,” that was being organized by bikers.