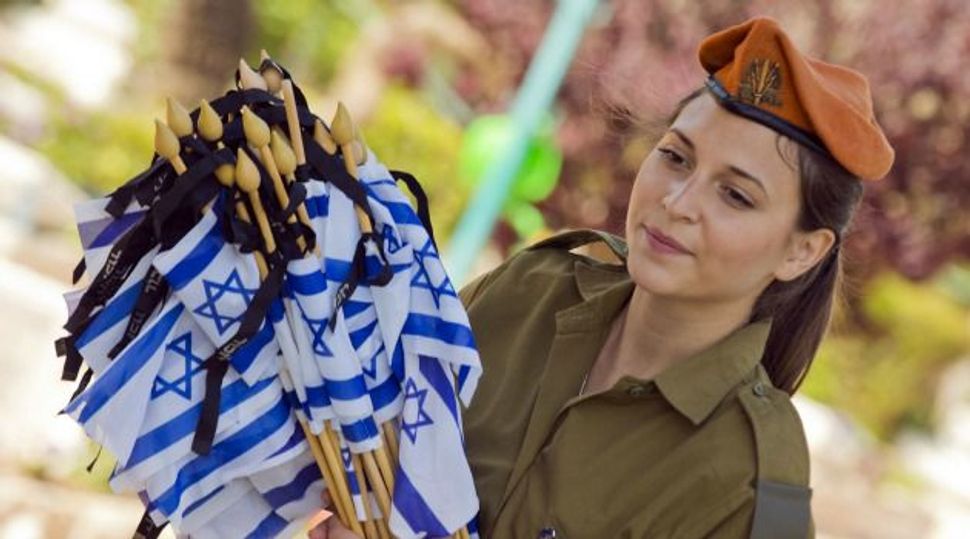 Yom Hazikaron, or Memorial Day, began in Israel on Sunday night with the sounding of a siren.

“We will not forget even for a moment and will always remember those for whom the survival of Israel and its glory are indebted. Those who over the 65 years of the state’s existence, protected her with their bodies, their blood and their lives, defended her borders and the security of her citizens, her independence and her freedom. Israel is as dear to us as the bravery of her fighters, and as dear as the depth of the sorrow for each fallen soldier,” Israeli President Shimon Peres said, addressing bereaved families Sunday night at the national ceremony held at the Western Wall.

“The courage and spirit of the soldiers of the IDF and their commanders, their courage and faith in the righteousness of their path together with the preservation of their morals and values are the guarantees that the IDF will prevail. We know it. Our enemies have learnt it. May they not err again. We have a duty to spare no effort and no cost to end the war and bring security and peace to this country. Because even if the price of peace will be heavy – we will always be able to bear it. Terror brings death. Peace brings life. For us and our neighbors,” Peres said.

“Today, the State of Israel honors the memory of its fallen, our soldiers and our people who fell in Israel’s wars and in the terrorist attacks. From the moment the state was established, it has not ceased to wish for peace with its neighbors, and to the same degree, its enemies have not ceased from their aspiration to wipe it off the face of the earth. We are here thanks to Israel’s fighters who joined the struggle for our existence, thanks to those who survived the wars and thanks to those who fell. We do not forget, even for a second, that we are here thanks to the fallen,” Prime Minister Benjamin Netanyahu said Sunday at the opening of the weekly Cabinet meeting.

On Saturday night, Netanyahu visited the grave of his brother, Yonatan, who died in 1976, during the rescue of kidnapped Israelis in Entebbe, Uganda, due to security concerns.

Some 92 names were added to the list of Israel’s fallen this year. Today in Israel there are 17,553 bereaved families of security personnel, 2,324 orphans, and 4,964 widows of the IDF and the defense establishment, according to the MInistry of Defense.

A second, two-minute siren will wail on Monday, followed by a state memorial ceremony on Mount Herzl in memory of Israel’s police officers who fell in the line of duty.