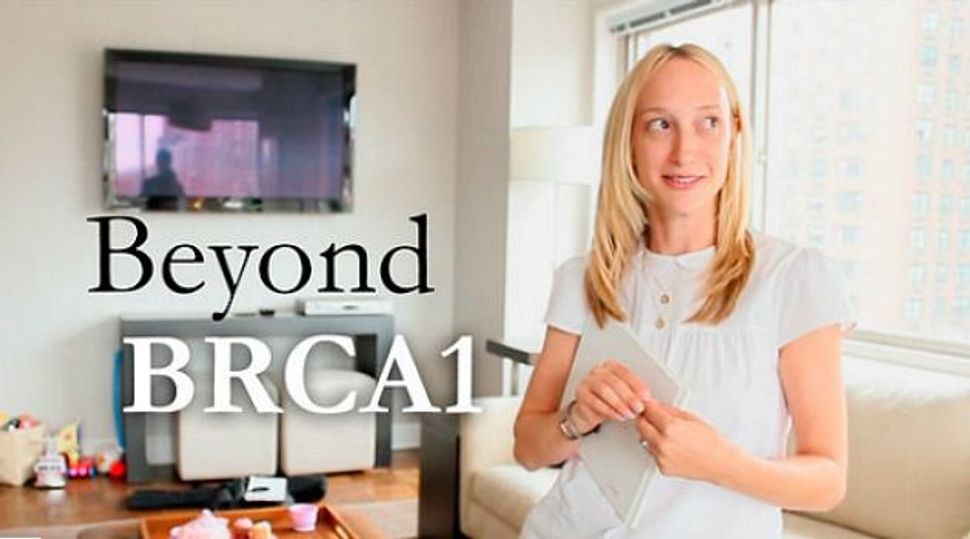 The Supreme Court justices on Monday signaled reluctance to issue too broad a ruling about patents on human genes, and some indicated they might seek a compromise distinguishing between types of genetic material.

The biotechnology industry has warned that an expansive ruling against Myriad Genetics Inc could threaten billions of dollars of investment.

In weighing the question of whether any human genes can ever be patented – meaning the holders have exclusive rights to their intellectual property for a defined period – the nine justices asked tough questions about isolated genes that Myriad holds patents for.

The case involves the BRCA gene mutation, which is relatively common among Ashkenazi women and can cause breast cancer.

But the justices also appeared to be inclined to draw a line between synthetically produced genetic material and natural genes.

A court ruling along those lines, suggested by the Obama administration, would have less impact on Myriad. Some of the latest research using human genes involves a synthetic form of DNA called recombinant DNA, or rDNA.

The Myriad patents in dispute will all expire by 2015. A ruling is due by the end of June this year.

In probing the limits of what can be patented, the justices cited a wide range of products in raising hypothetical questions, including chocolate-chip cookies and baseball bats.

A group of medical researchers, associations and patients say human genes, including synthetically produced material, should not be patented. They sued in 2009, challenging seven patents owned by or licensed to Myriad on two human genes linked to breast and ovarian cancer. A federal judge said the patents were invalid. An appeals court overruled that decision, and the case landed at the Supreme Court.

Under the federal Patent Act, an inventor can obtain a patent on various new processes and products but “laws of nature, natural phenomena and abstract ideas” are not patentable. The broad legal question is whether the genes Myriad patented, called BRCA1 and BRCA2, are a product of nature. The appeals court said they were not.

The U.S. Patent and Trademark Office has granted patents on at least 4,000 human genes to companies, universities and others that have discovered and decoded them.

Lawyers from both sides and the Obama administration probed the limits of what can be patented. Justices cited examples of more familiar products, including chocolate-chip cookies and baseball bats.

It was Sotomayor who brought up the chocolate-chip cookies, wondering whether if it was possible to get a patent on an isolated human gene, it would be possible to do the same for salt, eggs and other cookie ingredients.

Separately, both Justice Samuel Alito and Chief Justice John Roberts seized upon the suggestion made by Myriad lawyer Gregory Castanias that a baseball bat doesn’t exist until it’s isolated from the tree.

Roberts said a baseball bat was “quite different” because “you have to invent it” and not just “cut it off” from the tree.

Alito raised an even more extreme hypothetical question by asking whether a baseball bat that was naturally crafted after a piece of wood was tossed about in the ocean before washing up on shore could then be patented.

Several of the justices also ruminated at length on another colorful hypothetical question, also offered by Alito, concerning under what circumstances a company could claim a patent on material from a plant found in the Amazon jungle that can help treat cancer.

Others on the bench, such as Justice Elena Kagan, indicated concerns about the impact a broad ruling could have on companies that invest in such research.

“Why shouldn’t we worry that Myriad or companies like it will just say, ‘well, you know, we’re not going to do this work anymore’?” she asked Christopher Hansen, the lawyer representing the challengers.

Alito appeared most concerned about the court issuing a sweeping ruling on what he described as a “very difficult” question.

“Why should we do that?” he asked.

Hansen sought to defuse concerns among the justices that he was asking for too broad a ruling. He said he was not asking for patents on rDNA to be invalidated, something industry groups had raised concerns about.

“Recombinant DNA is in fact what all the major innovations in the industry are doing these days,” he said. “There is nothing in our position that would prevent recombinant DNA from being patented.”

The Obama administration, which intervened in the case in support of neither side, has urged a compromise position, which several justices probed during the hour-long argument.

Government lawyers say that “synthesized genetic materials” can be patented because they are human-made inventions. But simply removing, or isolating, human DNA does not substantively change it and so it should not be eligible for a patent, the administration says.

If the court were to adopt that approach, which neither the plaintiffs nor Myriad accept, some of Myriad’s patents, concerning synthetic molecules called cDNA, could survive, although the parties disagree on that point as well.

A majority appeared inclined to find that cDNA could be patented.

Justice Anthony Kennedy asked Castanias directly whether a ruling based on the government position would give industry “sufficient protection” relating to innovation and research.

“I can’t tell you for a certainty whether it would hurt the industry,” Castanias said.