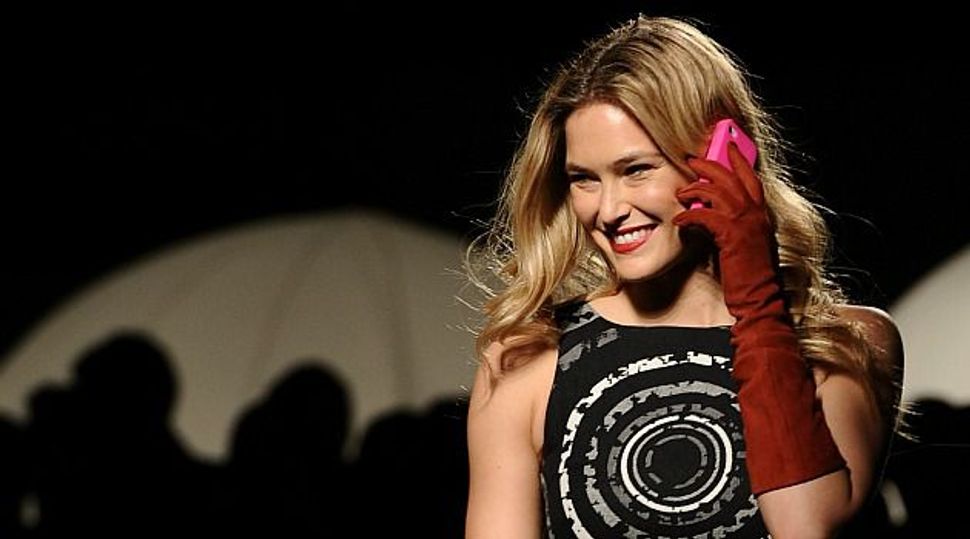 Too Sexy for You: An Israeli lawmaker blasted a clothing chain for using supermodel Bar Refaeli in an ad campaign, despite the fact she evaded military service. Image by getty images

A member of the Knesset Finance Committee criticized an Israeli clothing chain for hiring supermodel Bar Refaeli to represent it since she dodged military service.

Elazar Stern of the Hatnuah Party berated Fox clothing chain CEO Harel Wizel during a Knesset Finance Committee meeting on April 21, during a debate on a proposal to reduce the import tax on textiles.

Stern, who is a former Israel Defense Forces general, told Wizel that Fox had no right to ask the government for tax breaks after hiring someone who avoided military service.

“Don’t you talk about reductions and the good of the people while you employ a draft dodger,” Stern said, Israeli media reported.

Wizel called Stern “disrespectful” and pointed out that his son finished basic training and his daughter also served in the military.

Refaeli married, and shortly after divorced, a family friend in order to leave the IDF and pursue her modeling career.