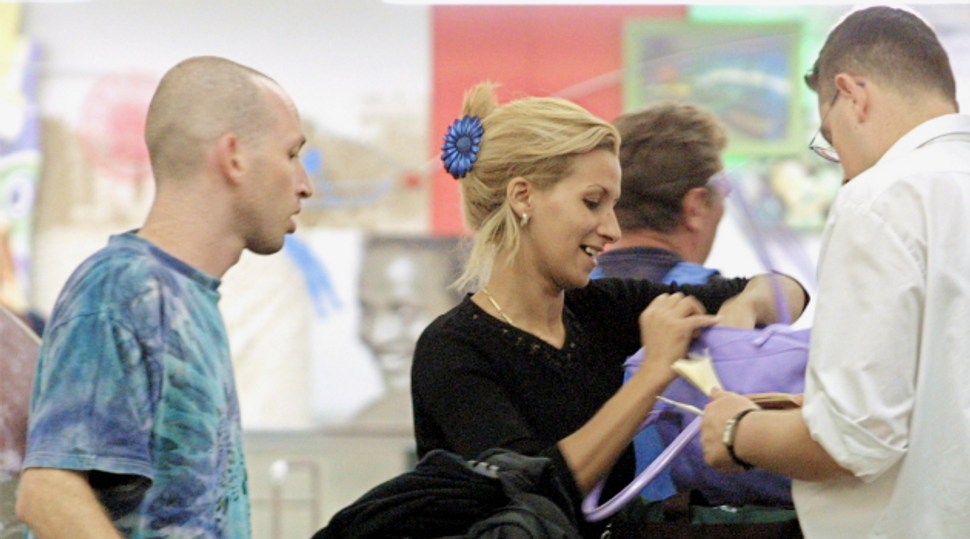 E-Mail Invasion? Israel is legendary for its tight airport security. But is it going too far by demanding that some passengers show their private e-mails? Image by getty images

Attorney-General Yehuda Weinstein’s written legal opinion was given in response to a query by the Association of Civil Rights in Israel (ACRI) which first questioned the practice last year.

On Wednesday the group called the checks a “drastic invasion of privacy … not befitting a democracy”.

Israel’s security agencies have been keen to stop pro-Palestinian activists they suspect may be planning anti-Israel activities in the occupied West Bank or inside the Jewish state.

He said officers were not allowed to access email accounts without the consent of the owner and added that travellers could refuse to cooperate. This did not necessarily mean they would automatically be barred entry.

“The traveller is not asked to reveal passwords … but opens the account on their own. The traveller has a full right to refuse the search and will not be forced to comply, although this will be taken into account when the authorities decide whether to allow the person to enter Israel,” he said.

Marc Grey, an ACRI attorney, said the issue was not so much the matter of revealing the email account’s password but the actual perusal of the private content in the mailbox.

“Passwords are not the issue, email accounts are about as private as it gets,” Grey told Reuters.

He said he did not know how many travellers to Israel had been asked to open their email accounts.

Lila Margalit, another ACRI attorney, said travellers were not on an equal footing when they faced questioning.

“A tourist … to Israel (who is) interrogated at the airport by Shin Bet agents and told to grant access to their email account, is in no position to give free and informed consent. Such ‘consent’, given under threat of deportation, cannot serve as a basis for such a drastic invasion of privacy,” she wrote in an email distributed on Wednesday.

“Allowing security agents to take such invasive measures at their own discretion and on the basis of such flimsy ‘consent’ is not befitting of a democracy.”