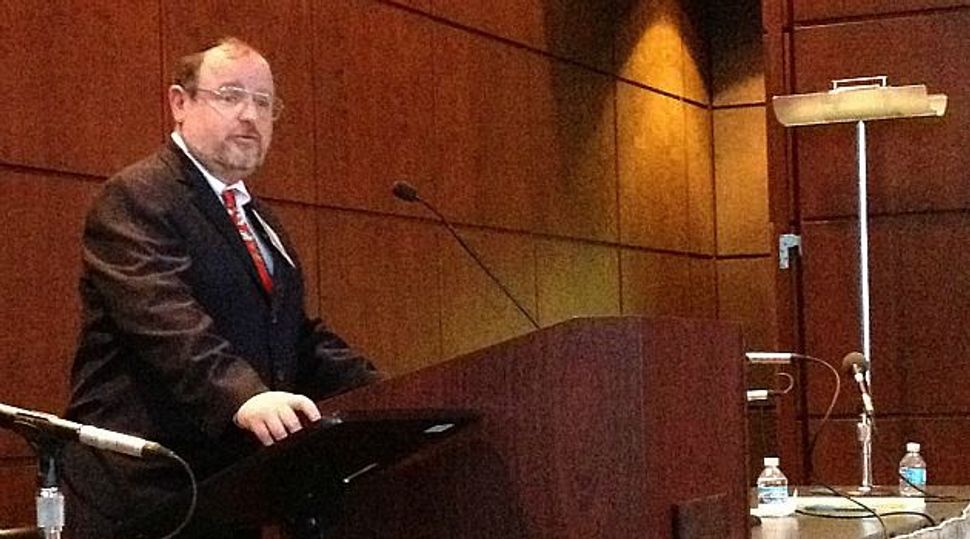 A new report claims that professor and rabbi Michael Broyde may have created a second fake persona to engage in online discourse.

Broyde, who admitted earlier this month to publishing letters in journals and gaining access to a rabbinic association under a fake name, may also have used a second fake persona, according to a report by The Jewish Channel.

In 2009, Broyde wrote an article in the Orthodox journal Tradition about the need for women to cover their hair according to Jewish law. Editors of the journal subsequently received a letter from a man named David Keter praising Broyde and endorsing his opinion, according to The Jewish Channel. Tradition declined to publish the letter, which was eventually published on the blog Hirhurim.

Based on Keter’s biography, the Jewish Channel investigated university, directory and phone records in the United States for evidence that Keter actually exists but found nothing.

Earlier this month, Broyde, a professor of law at Emory University and an internationally recognized rabbi and religious judge, acknowledged that he had used an invented persona, Rabbi Hershel Goldwasser, that he used to publicly defend his own work. Broyde’s ruse was first reported by The Jewish Channel.

Broyde initially denied the report but quickly acknowledged wrongdoing and apologized after it was published along with evidence that correspondence from Goldwasser and Broyde originated at the same computer.

The Beth Din of America, where Broyde served as a judge, and the Rabbinical Council of America, both placed Broyde on a leave of absence in the wake of the revelations. Emory said it was conducting its own investigation.

Broyde could not be reached for comment for this story.