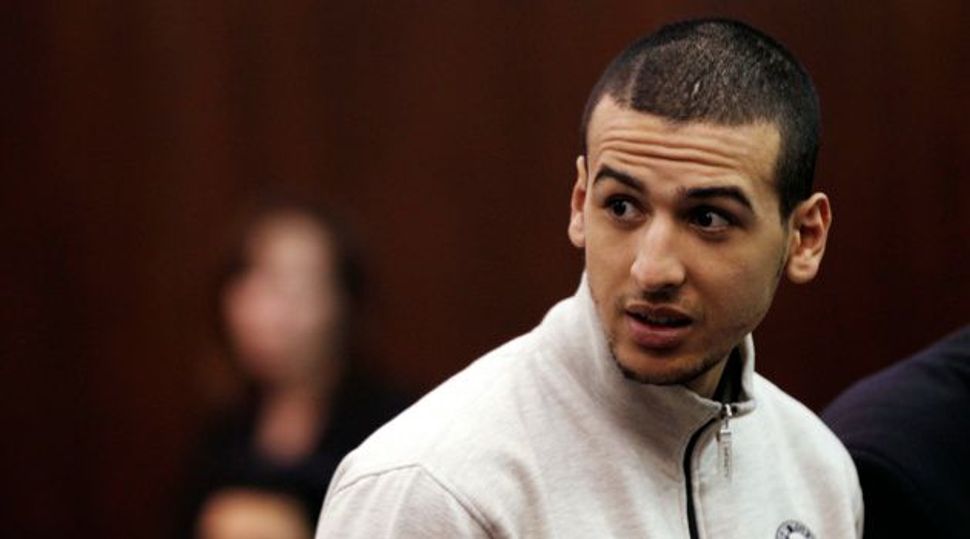 A man was sentenced on Friday to five years in prison for plotting to blow up synagogues in New York City, only the third conviction under a state terror statute passed in the wake of the Sept. 11, 2001 World Trade Center attacks.

Mohamed Mamdouh, 22, a Moroccan-born U.S. citizen, appeared in a state court in Manhattan after previously pleading guilty to conspiracy as a crime of terrorism and two related weapons charges.

Prosecutors accused him of planning to bomb various synagogues with a co-conspirator, Ahmed Ferhani, in retaliation for what they believed to be shoddy treatment of Muslims throughout the world.

Ferhani, 28, an Algerian, was considered the driving force behind the plot and was sentenced to 10 years in prison in March.

Prosecutors, who joined Mamdouh’s defense lawyer in recommending the five-year sentence, said Mamdouh’s role was less significant. He had faced a maximum of 25 years in prison for his most serious charge.

The two men were arrested in May 2011 when Ferhani purchased guns, ammunition and what he believed was a live grenade from an undercover officer as Mamdouh waited a few blocks away, prosecutors said.

“Their intent was to create chaos and to intimidate and coerce Jews living in New York City, and thereby send a message far beyond New York,” prosecutor Gary Galperin told Manhattan Supreme Court Justice Michael Obus in court on Friday.

Mamdouh did not offer a statement in court on Friday. His lawyer, Aaron Mysliwiec, said he was “genuinely remorseful” for a mistake he made while at a low point in his life.

In imposing the sentence, Obus said society cannot tolerate such plots, particularly “in light of recent events,” an apparent reference to last week’s bombings at the Boston Marathon.

The case is one of only two brought under the state anti-terrorism statute by Manhattan District Attorney Cyrus Vance.

The other involves a Dominican-born U.S. citizen, Jose Pimentel, who was arrested in November 2011 after an informant allegedly recorded him over several months as he bought bomb-making materials and plotted to target police stations in the New York metropolitan area. He has pleaded not guilty, and his case is still pending.

The statute acts as a “booster,” allowing longer prison sentences when attached to underlying crimes.

In 2007, a Bronx gang member named Edgar Morales became the first defendant convicted under the terror statute, but an appeals court overturned his conviction after ruling that the statute could not be used to prosecute violent gangs under the theory that they terrorized the community.