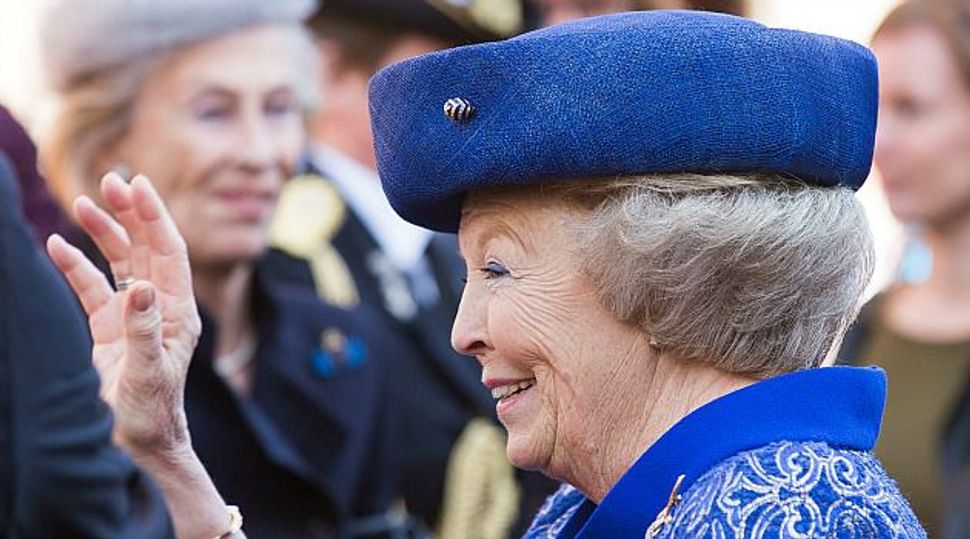 Ceremony Conflict: Queen Beatrix of the Netherlands is abdicating after 33 years on the throne. Unfortunately, authorities have picked Sept. 14, which is Yom Kippur, for the ceremony. Image by getty images

A Dutch chief rabbi said his community was “vexed” because a farewell event for the Dutch queen was scheduled on Yom Kippur.

“Jews are again faced with a reality in which they don’t belong and that is painful,” Holland’s chief interprovincial rabbi, Binyomin Jacobs, told NRC Handelsblad on April 26. On Yom Kippur, a day of atonement and inner reflection which is Judaism’s most holy date, observant Jews refrain from eating, drinking or operating machines, among other restrictions.

The Dutch daily reported that Jacobs said officials from the Dutch Royal House should have made sure Jews would be able to attend the Sept. 14 event next year, when thousands are expected to gather in Rotterdam to wish Queen Beatrix a happy retirement after 33 years on the throne.

Beatrix, who celebrated her 75th birthday on Jan. 31, announced the abdication in January in favor of her oldest son, Prince Willem-Alexander.

The committee planning the event is aware of the problem, NRC Handelsblad reported, but the date will likely not be changed because of “agenda issues” and because of limited availability of the conference center scheduled to hold the event – the massive Ahoy complex in the port city’s south, which has a capacity of 15,000 people.