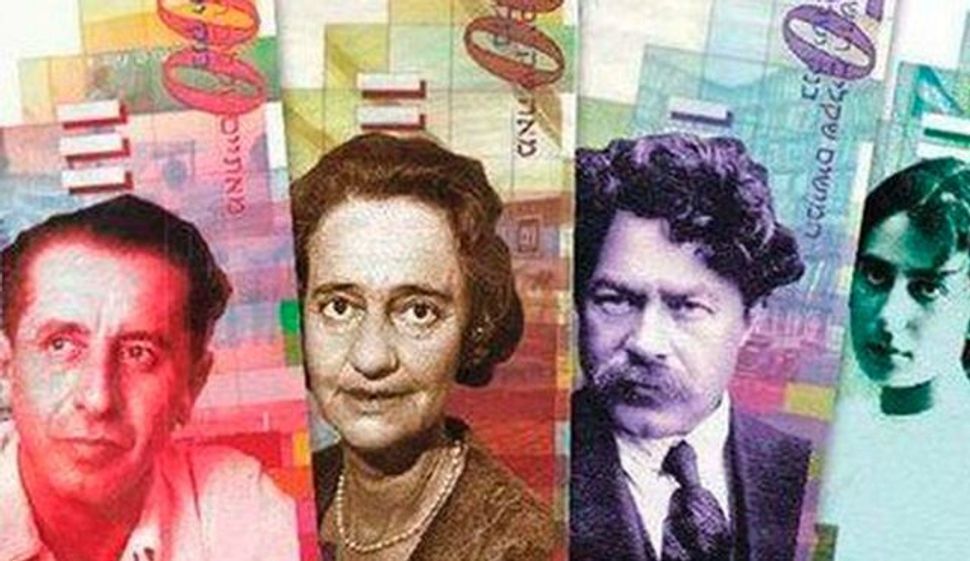 Israel’s Cabinet authorized newly designed bank notes to be issued at the end of this year, despite concerns that all of the bills will feature Ashkenazi Jews.

“They are beautiful and touch our soul,” Prime Minister Benjamin Netanyahu said of the new paper money presented Sunday. “I agree with those who say that there is place to propose representatives of Sephardic and other Jewish communities. I am making a concrete proposal that the first [image] to be submitted for the next [series of] banknotes is someone whom I think is among the greatest Israeli poets – Rabbi Yehuda Levi, whose poetry I esteem as the work of a genius and who is important to our heritage. But there will certainly be other proposals. You are invited to submit them to the next Governor of the Bank of Israel.”

Rachel, who died in 1931, is a leading poet in modern Hebrew whose works have been set to music. Tchernichovsky was a two-time winner of the Bialik Prize for Literature.

The current faces on Israeli currency are former Prime Minister Moshe Sharett on the 20 shekel note; S.Y. Agnon on the 50 shekel note; and former presidents Yitzhak Ben- Zvi and Zalman Shazar on the 100 shekel and 200 shekel notes.