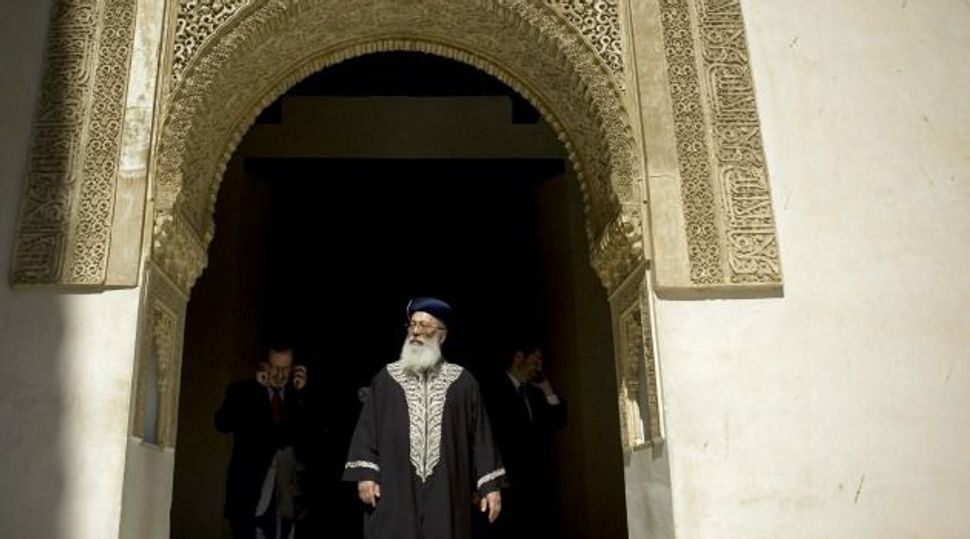 A Spanish couple that built a Jewish museum in Granada celebrated its opening day by getting married there.

Gabriel Perez and Beatriz Cavalier got married during the dedication ceremony earlier this month of the Sephardic Museum of Granada – a small institution they set up in the southern Spanish city after years of fundraising and lobbying. It is the city’s first Jewish museum, according to an April 19 report by the Spanish news agency EFE.

The newlyweds – a historian and the daughter of a Jewish woman who fled the area during the Spanish Civil War – decided to open the museum after a month-long visit in Israel, the EFE Spanish news agency reported.

The museum contains books and artifacts that the couple collected from across Andalusia and beyond, which they say help shed light on an ancient community which flourished there until 1492, the beginning of the Spanish Inquisition. Many Jews were exiled because of that organized campaign of persecution and many others were forced to convert to Christianity to avoid torture and death.

Granada has a few dozen Jewish families, a fraction of the community’s pre-Inquisition proportions.

The museum offers tours around old Granada in the footsteps of its Jewish community. “We show how the Jews lived, we introduce the Jewish glossary and we explain about some famous people who were converted to Christianity,” Perez told EFE.

Next month, the couple will showcase Jewish Sephardic poetry in Spain and are planning Jewish food and music festivals in the winter. In the meanwhile, the couple is in contact with the Andalucía Museum Network in the hope of having the new museum recognized.

Dozens of municipalities across Spain and Portugal have over the past two decades restored sites connected to their Jewish heritage.