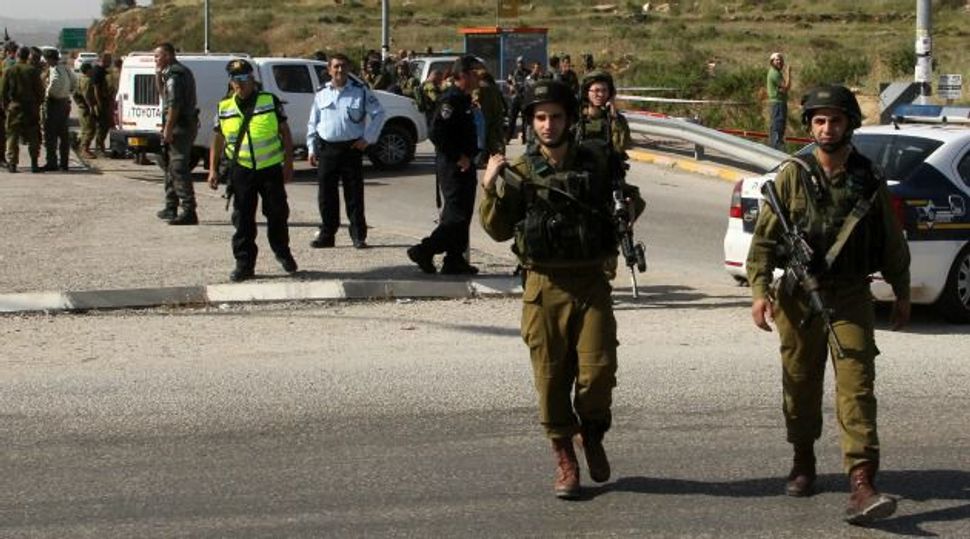 A Palestinian man stabbed and shot dead an Israeli settler in the occupied West Bank on Tuesday, the Israeli ambulance service and police said.

It was the first time an Israeli has been killed by a Palestinian in the West Bank since 2011.

Israeli media said the attacker was standing at a bus stop used by settlers, Israeli soldiers and Palestinians at a junction near the Palestinian city of Nablus. He then stabbed the settler, before seizing the man’s gun and shooting him.

The Palestinian then began shooting at security services who arrived on the scene, Israeli police spokesman Mickey Rosenfeld said. He added that the man was in custody.

The killing of Eviatar Borovsky, 31, stoked anger among settlers, who complained the military had failed to respond strongly to mounting stone-throwing incidents.

Borovsky’s attacker, who a military spokesman said grabbed his weapon after stabbing him, was identified as Salam Assad Az-Zaghal of the mainstream Fatah movement. Palestinian officials said he was released two months ago from an Israeli prison after serving a 3-1/2-year term.

Ghassan Daghlas, a Palestinian official in the West Bank city of Nablus, said settlers launched “large-scale attacks” in four villages in the territory after the incident.

“They are throwing stones and attempted to set a house on fire. They also hurled rocks at a school bus and smashed its windows. The situation is going from bad to worse. A mosque was also attacked,” Daghlas said.

The Israeli internal security service, Shin Beit, has said that during 2012 no Israelis were killed in the West Bank. In March 2011 two settlers and three of their young children were stabbed to death in their home.

Nine Palestinians have been killed by Israeli forces in the West Bank since the beginning of the year in various incidents, mainly in clashes that have risen sharply in recent months.

The Palestinians want to establish a state in the West Bank, the Gaza Strip and East Jerusalem, territories Israel captured in a 1967 war. Peace talks between the sides broke down in 2010.

The United States has stepped up efforts in recent weeks to revive them.