Benjamin Netanyahu Says Israel Must Not Turn Into ‘Binational’ State 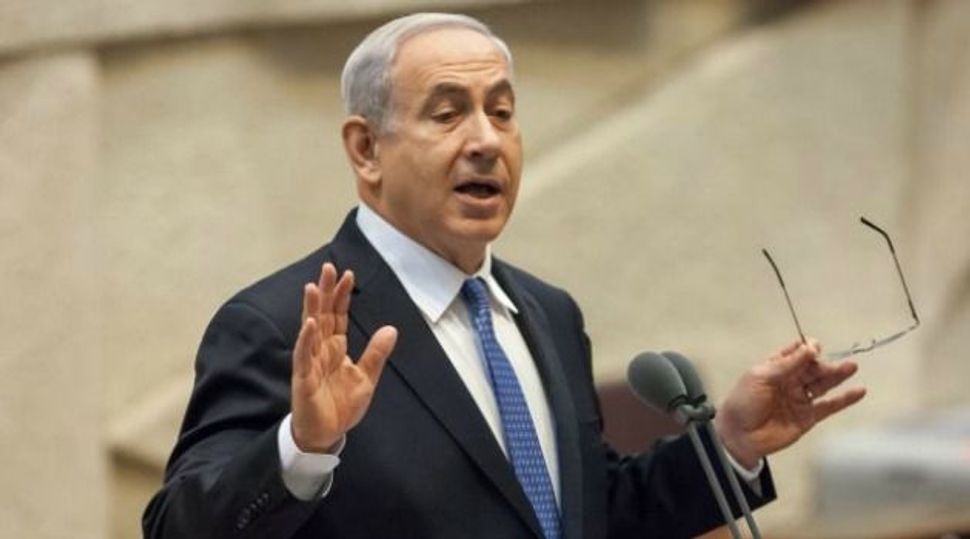 Prime Minister Benjamin Netanyahu said Wednesday that an agreement with the Palestinians must be reached “that will prevent Israel from becoming a binational state, but will provide stability and security.”

Netanyahu delivered these remarks during a meeting with the Foreign Ministry’s senior management. This was the first time the prime minister, who also serves as foreign minister, has met with the ministry’s upper echelons since the new government was established last month.

According to two Foreign Ministry officials who attended the meeting, Netanyahu avoided any mention of the statement issued Tuesday by the Arab League delegation in Washington, which stated that the Palestinians might consider small border adjustments in the form of land swaps between Israel and the Palestinians.

Netanyahu said that he was working for the resumption of the peace talks and hoped that the negotiations with the Palestinians would soon be resumed. He said that an initiative is being started that includes economic solutions for the Palestinians together with a political plan.

“Economic peace is important, but it’s no substitute for political peace,” he said.

Benjamin Netanyahu Says Israel Must Not Turn Into ‘Binational’ State