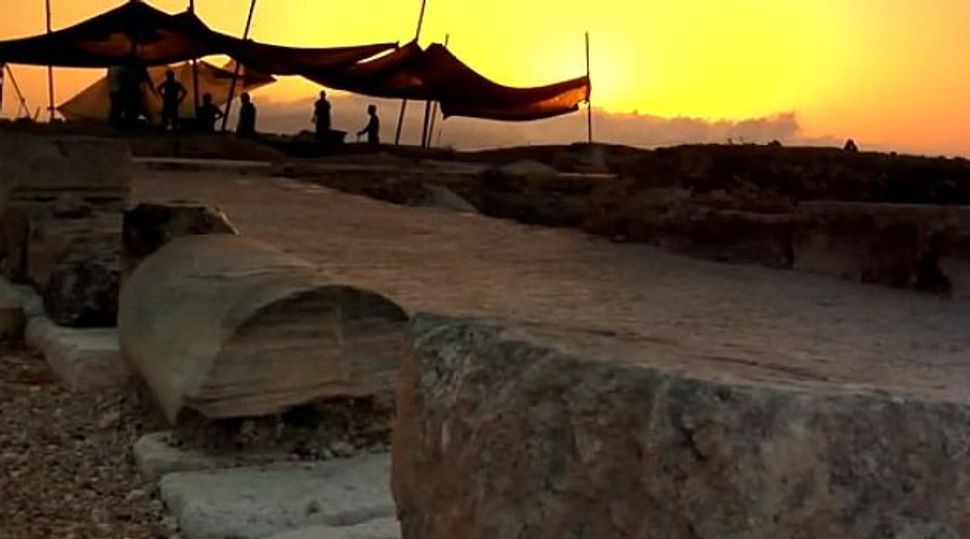 An Israeli-born filmmaker is slamming the British Broadcasting Corp. for pulling his documentary on the Jewish exodus from Jerusalem in 70 A.D.

Ilan Ziv said in a blog post on April 27 that the BBC exhibited “a mixture of incompetence, political naivete, conscious or subconscious political pressure and ultimately, I believe, a lack of courage of broadcasters when they are faced with the complexity of the Middle East issue and the intense emotions, fears and aggression it generates.”

At issue is the documentary “Exile: A Myth Unearthed,” which theorizes that many Jews did not leave Jerusalem after the destruction of the Temple, and that many modern-day Palestinians may be in part descended from those Jews. The BBC had been scheduled to show the documentary, cut and renamed “Jerusalem: an Archaeological Mystery Story,” late last week before it was taken off the schedule at the last minute.

The film was screened for a week at the Jewish Film Festival in Toronto. It was shown on Canadian TV and is scheduled to be shown in France and Switzerland.

The BBC told The Guardian that it dropped the film because it did “not fit editorially” with the tone of the season, which has a theme exploring the history of archaeology.

According to the watchdog group HonestReporting, critics of the decision to drop the film have accused the BBC of succumbing to “unnamed pressure groups,” which HonestReporting says is a reference to “Jews” or “Zionists.”

Simon Plosker of HonestReporting wrote in his blog on the group’s website that the BBC may have been “more concerned at upsetting anti-Israel elements by showing a film with such a heavy concentration on Jewish history in the Land of Israel.”

Meanwhile, the BBC named Danny Cohen, who attended a Jewish day school in London, as its director of television. Cohen, 39, previously served as controller of the BBC 1 channel, where he oversaw its London Olympics coverage last year.

In his new position, the Oxford graduate will oversee the four main BBC channels, along with BBC Films and the BBC archive. He reportedly is a front-runner for the job of director-general of the broadcaster when the position becomes available.

Supporters of Israel and the Palestinians have roundly criticized BBC coverage of the Middle East.