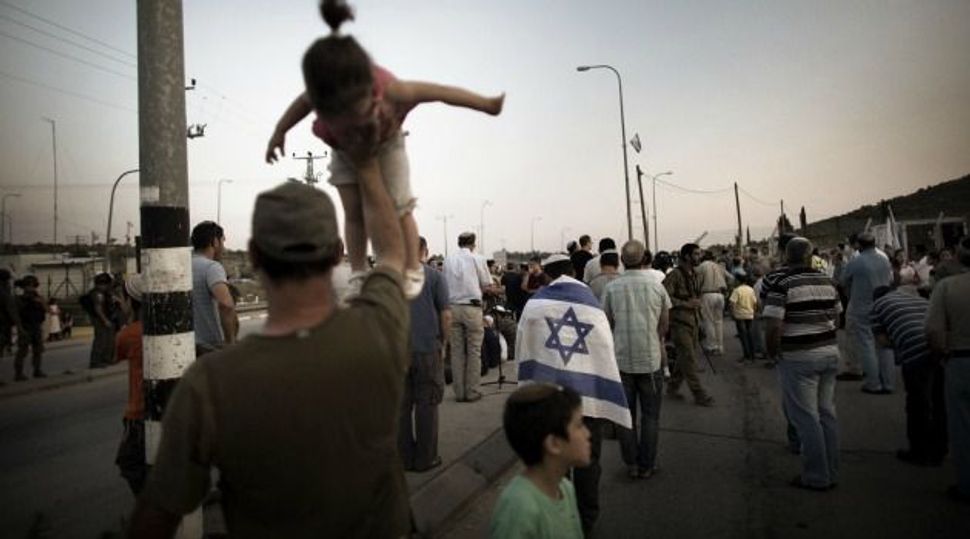 Minutes later, his 21-year-old brother Salam stabbed an Israeli settler waiting at a traffic circle in the occupied West Bank, killing him before being shot and arrested by soldiers.

While the family of the dead settler mourned their loss, the Zaghal family, living in poverty in the north of the Palestinian territory, defended Salam’s action as justified.

“It was destiny, and we take pride in him as a family. What he did is a duty for all Palestinians living with the aggression of the army and settlers,” his elderly father Assad said, sitting with glum relatives in a circle of plastic chairs.

The slaying of 31-year-old Eviatar Borovsky was the first time an Israeli had been killed by a Palestinian in the West Bank since 2011, when seven Israelis died, including a family of two settlers and their three young children all knifed to death.

Nine Palestinians have been shot and killed by Israeli soldiers this year, mostly during clashes with protesters.

While Salam’s deed may bring esteem to his family among some Palestinians, it may not erase an old taint in this run-down village – his brother Abdulfattah’s conviction by Palestinian authorities of spying for Israel.

Israeli security forces say they are investigating whether Salam’s attack was meant to clear the family name, something the family denies. Palestinian society reviles suspected spies and families seldom live down the shame of being linked to one.

The killing appears to encapsulate the contradictions of Palestinian politics in the West Bank – torn between working with a sworn enemy and lashing out violently against it.

Abdulfattah’s 10-year sentence was commuted out of mercy for the impoverished family, a security source said, and he was freed on bail pending an appeal after serving a year in jail.

“I’ve served a year. They said I was informing, but they’re totally wrong and they had no evidence,” said a pensive Abdulfattah, holding prayer beads in his sinewy arm.

Israel relies on a network of Palestinian informants to monitor and arrest suspected militants, and their work has contributed to the years of calm for Israel in the West Bank.

The Western-backed Palestinian Authority itself passes intelligence to Israel and has renounced violence against it.

Salam was released from an Israeli jail just two months ago after completing a 3-1/2-year term for planting explosives by Israel’s separation barrier near his village and trying to wrest a gun from a soldier, his family said.

“They let him out of one prison and into what? This open-air prison?” asked his brother Ali.

“He had no job lately and he was talking more and more about the martyrdom of the prisoners in Israeli jail. He felt deeply about their suffering, but he seemed normal,” he said.

Two Palestinian prisoners died in Israeli custody this year. Palestinians say one was tortured to death and the other was denied proper cancer treatment. Israel denies these allegations.

Israeli settlers care little about the attacker’s motives in killing Borovsky, who was a father of five. They have demanded more settlement building on land Palestinians want for a future state, and won a sympathetic hearing from the government.

“The people of Israel must continue to redeem all parts of the land of Israel,” Housing Minister Uri Ariel said at Borovsky’s funeral.

On Wednesday, settlers erected a new makeshift settlement on a hilltop above where Borovsky was killed.

Settlers from his home in Yitzhar, known among Palestinians for their militancy, set fire to fields and threw stones on the day of the attack.