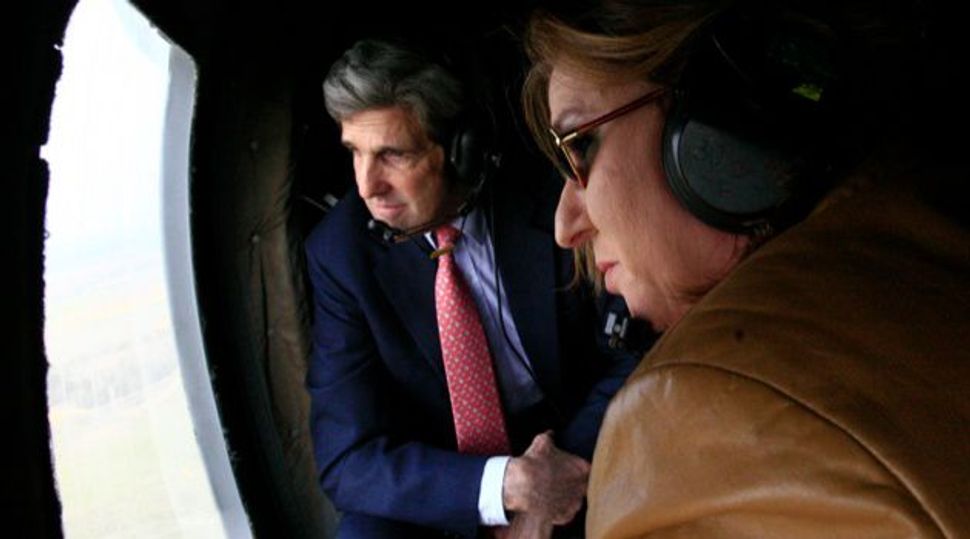 Israeli Justice Minister Tzipi Livni, has reportedly refused to accept the 1967 border as the basis for a final Israeli-Palestinian border prior to negotiations.

Livni told U.S. Secretary of State John Kerry Thursday that Israel would not agree to the 1967 borders as a precondition of peace negotiations with the Palestinians, Maariv reported. Rather, she said, the border issue must be resolved through talks. At the same time, Livni praised efforts to revive the 2002 Arab peace initiative.

U.S. President Barack Obama has called for resumption of negotiations “on the basis” of the 1967 borders, a reference widely interpreted as allowing for an agreement in which Jewish settlement blocs become Israeli territory in exchange for other areas.

Earlier this week, the Arab League for the first time publicly cited the possibility of “comparable,” mutually agreed and “minor” land swaps between the Israelis and the Palestinians.