Israel Hits Back at Google Over ‘Palestine’ Search Engine Tag 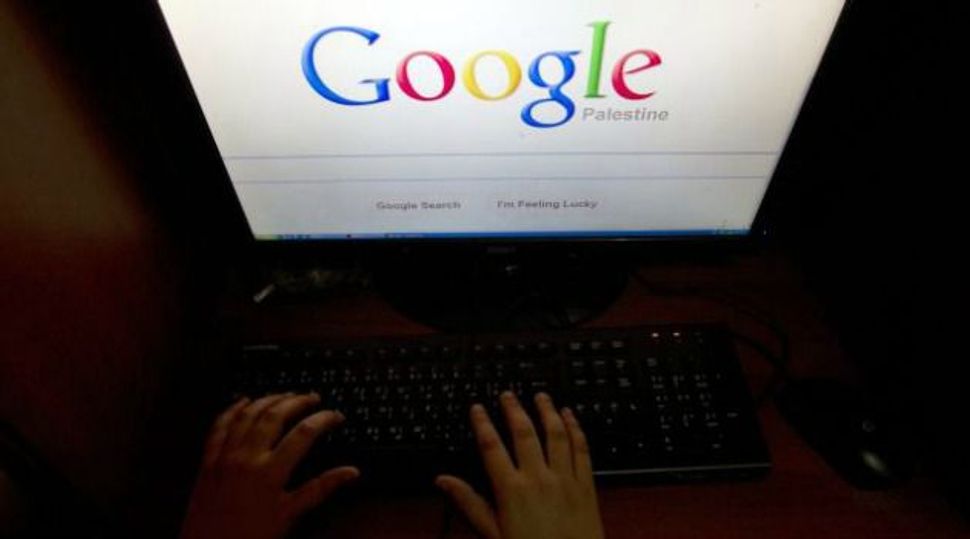 A senior Israeli official accused Google on Monday of setting back Middle East peace hopes by putting the name “Palestine” under the banner of its search page for the Palestinian territories. (www.google.ps)

Palestinians hailed Google’s move as a virtual victory on the long path to the state they seek in the West Bank, East Jerusalem and Gaza Strip, which Israel seized in the 1967 war.

With bilateral negotiations stalled for 2-1/2 years over Jewish settlement building, the Palestinians have campaigned for foreign recognition of statehood, and were upgraded to “non-member state” at the United Nations in November.

Following the U.N. lead, Google’s Palestinian homepage and other products previously labelled “Palestinian Territories” were changed on May 1 to read “Palestine”.

“When a company like Google comes along and supports this line, it actually pushes peace further away, pushes away negotiations, and creates among the Palestinian leadership the illusion that in this manner they can achieve the result,” he told Israel’s Army Radio.

“Without direct negotiation with us, nothing will happen.”

A Google spokesman in Israel referred Reuters to a statement from last week in which it said: “We are following the lead of the U.N. … and other international organizations.”

Israel was furious at the U.N. upgrade last November, which was opposed by the United States but passed by an overwhelming majority, and reacted by withholding Palestinian government funds and announcing more settlement building.

An adviser to Palestinian President Mahmoud Abbas described the move as a “victory for Palestine and a step toward its liberation”.

Google had “put Palestine on the Internet map, making it a geographical reality”, the adviser, Sabri Saidam, told the official news agency WAFA, adding that the Palestinians had invited Google’s cartographers to come and gather more data for their online maps.

Google Maps currently shows little or no detail for major Palestinian towns such as Nablus and Ramallah, while many Jewish West Bank settlements have streets and parks clearly labelled.

Saidam said Israeli opposition to Google’s new rubric was rooted in fear that “the recognition will destroy Israel’s concept of ‘Judea and Samaria’” – the biblical names that the Jewish state uses for the West Bank.

Israel Hits Back at Google Over ‘Palestine’ Search Engine Tag