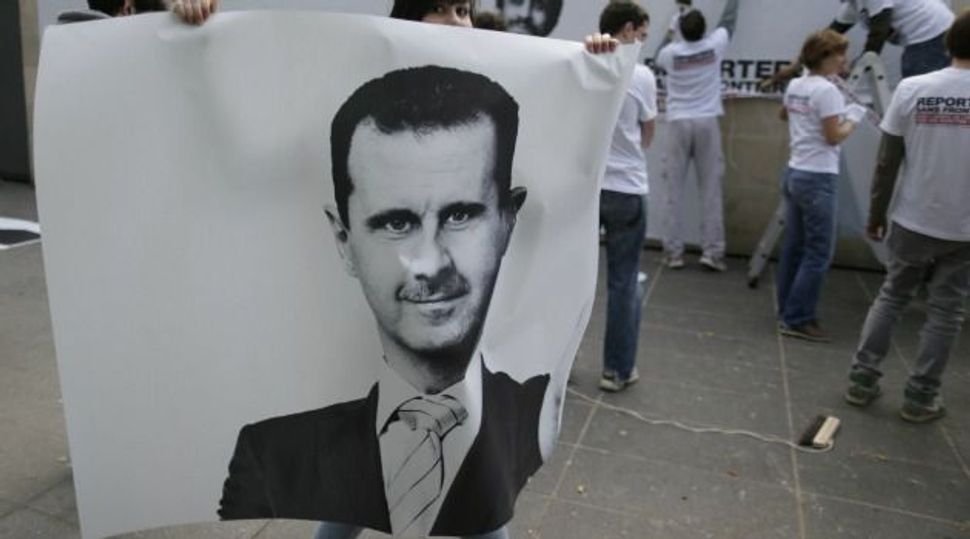 Syrian President Bashar al-Assad said on Tuesday his country was able to confront Israeli aggression, Lebanese media reported, in the leader’s first comments since the Jewish state launched a series of air strikes on military sites in Damascus.

“The recent Israeli aggressions expose the size of the complicity between the Israeli occupation, regional countries and the West in backing the current events in Syria,” Assad was quoted as saying by the pro-Syrian news channel Manar TV.

“The Syrian people and their heroic army … are capable of confronting this Israeli adventure, which represents one of the faces of terrorism that is targeting Syria every day.”

Meanwhile, U.S. Secretary of State John Kerry said a negotiated political solution to end the civil war in Syria would help avert the danger of the country breaking up and could influence a U.S. decision on arming rebels.

Kerry was speaking after he and Russian leaders agreed at talks in Moscow to try to arrange an international conference on the conflict.

An attempt to agree a political solution last year foundered over whether Syrian President Bashar al-Assad would have to leave power, but Russian Foreign Minister Sergei Lavrov said Moscow was not concerned about the fate of “certain people”.