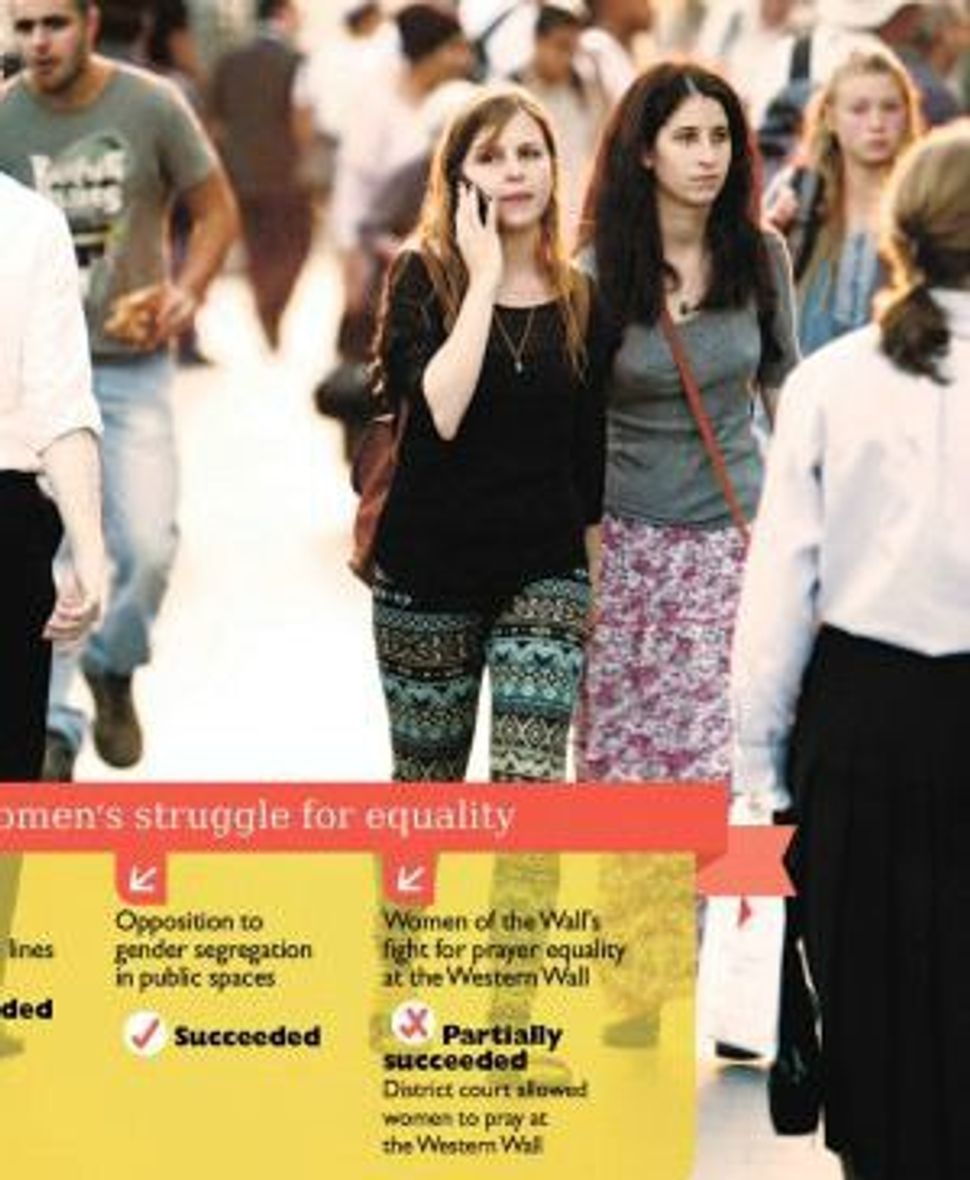 Some 18 months after a group of activists began fighting the exclusion of women from billboards in Jerusalem, the fighters have declared victory. 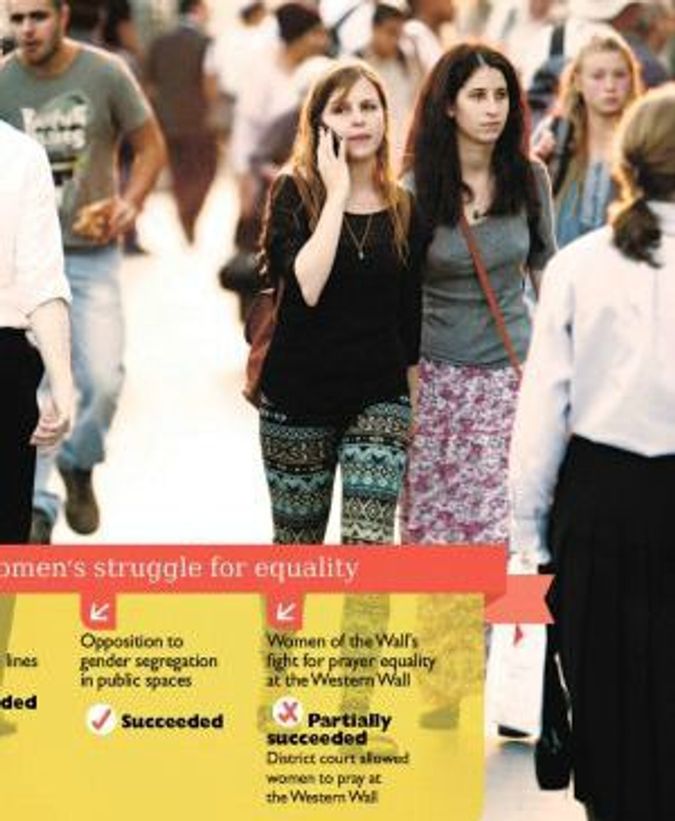 One of the centerpieces of Wednesday’s Jerusalem Day holiday has always been the Jerusalem March.

When the city advertised it two years ago, it did so with an illustration rather than pictures of actual people, just as it did with many other advertisements at that time.

Model Bar Refaeli has also begun appearing on billboards in the capital, after years of absence. Women have similarly shown up in ads for health clubs, clothing and theater performances. A few of these ads have been vandalized, but so far, it looks as if the women are here to stay.

Nevertheless, several activists said, the feminist battle in the city still has a ways to go.