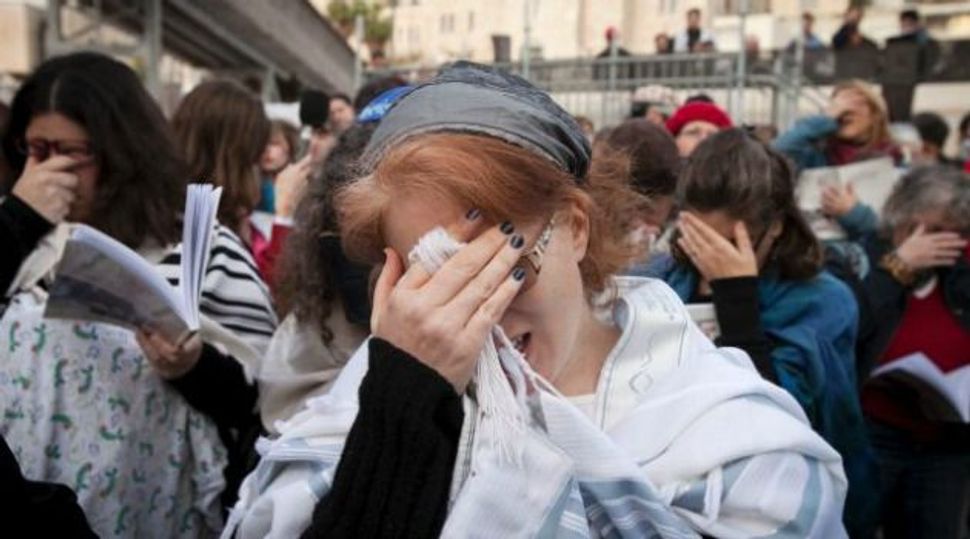 Thousands of girls from ultra-Orthodox seminaries in Jerusalem are expected to protest at the Western Wall on Friday, in response to a court ruling permitting the Women of the Wall prayer group to hold non-Orthodox services in the central plaza of the holy site.

Rabbi Aharon Leib Shteinman, the head of the Lithuanian ultra-Orthodox community, has instructed the principals of girls’ seminaries in the Jerusalem area to send their students to conduct prayer services at the Western Wall on Friday morning, the first day of the Hebrew month of Sivan. The thousands of ultra-Orthodox girls are expected to face a few dozen members of the Women of the Wall group, who hold non-Orthodox Rosh Chodesh prayer services at the Kotel on the first day of every Hebrew month.

The prayer service was planned following consultations with Kotel Rabbi Shmuel Rabinowitz and Knesset members from United Torah Judaism. Rabbi Ovadia Yosef is also calling for women and seminary girls to pray at the Western Wall on Friday morning, according to the ultra-Orthodox website Behadrei Hadarim.

Rabbi Sthteinman has made it clear that the ultra-Orthodox worshippers are not to resort to violence.

Friday’s protest is unique in that ultra-Orthodox leaders rarely call on women to participate in public struggles. It is even more unusual for female students to be summoned to a protest.