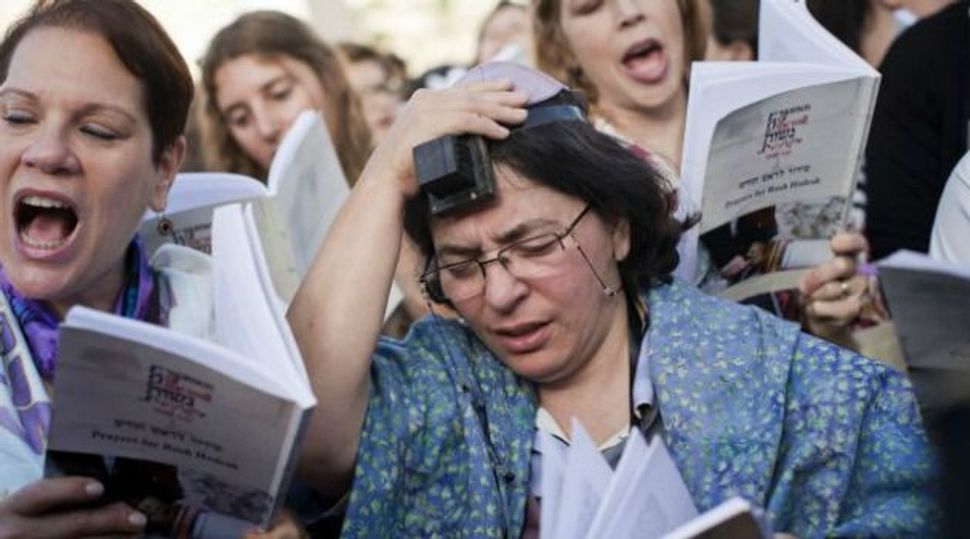 The heads of the Reform and Conservative movements will demand that Attorney General Yehuda Weinstein investigate the involvement of rabbis on the government payroll in Friday’s violent demonstrations at the Western Wall in Jerusalem.

Thousands of ultra-Orthodox demonstrators showed up at the Western Wall on Friday morning to protest against Women of the Wall, a pluralistic women’s prayer group that holds a monthly prayer service at the wall, in which many of the participants wear prayer shawls and phylacteries. The ultra-Orthodox maintain that these practices are against Jewish law.

The demonstrators jeered at the women as they prayed, some throwing water bottles and chairs in their direction. Dozens of riot police were on hand to separate them from the women’s prayer group and they grew increasingly violent. After the women exited Dung Gate, ultra-Orthodox demonstrators ambushed them with rocks.

“I think it is very clear today who came to worship and who came to create provocations,” Gilad Kariv, the executive director of the Israel Movement for Reform and Progressive Judaism, told Haaretz. “The troubling aspect of it all is that the rabbi of the Western Wall and his team, all public officials, were deeply involved in organizing this Haredi protest. We intend to address the matter with the attorney general and have him investigate.”