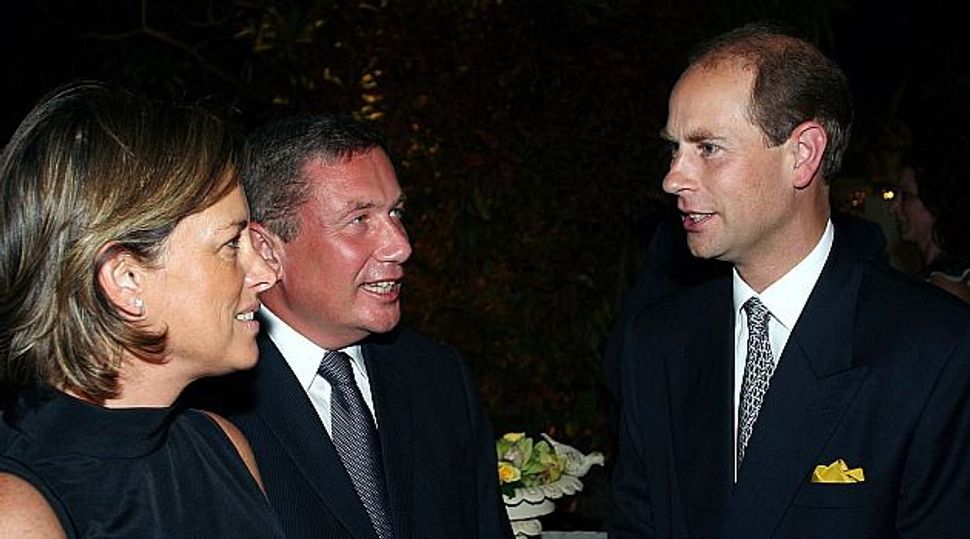 Sweetheart Deal: Israeli tycoon Nochi Dankner was once a darling of high society. Now he is dealing with a wave of public anger over a sweetheart deal. Image by getty images

He was once celebrated for his vast fortune and daring deals, but when Israeli tycoon Nochi Dankner was about to catch a break from the bank on his massive debts, public outrage kicked in.

After first defending the deal as the best it was likely to get from Dankner, Leumi suddenly announced it had revoked the offer because it concluded that another businessman was going to call off an investment in Dankner’s company.

Leumi’s announcement included a nod to public opinion: CEO Rakefet Russak-Aminoach “stressed that the bank is responsive to the hearts of the public and respects them,” it said.

The reversal was widely perceived as a sign of change in Israel, where heat is still on from a summer of mass street protests two years ago against the high cost of living.

The shift in tone and voter sentiment is dramatic in a country with one of the highest concentrations of corporate power in the developed world and a skyline of towers in business capital Tel Aviv housing the ultra-rich.

Stung by an unexpectedly weak showing for his party in the ballot, Netanyahu is now vowing to crack down on “monopolies and cartels that prevent competition and thwart price-lowering”.

“It seems things are going to change,” said Daniel Doron head of the Israel Center for Social and Economic Progress. “For the first time in years, Israelis voted on economic issues, not security and there are now people who want to make changes.”

Like the protests that drew crowds of hundreds of thousands two years ago, the campaign against Dankner’s debt write-off by Bank Leumi gathered pace on the Internet after the Israeli media caught wind of the deal. Thousands joined a “Boycott Bank Leumi” Facebook page.

The Bank of Israel, the central bank, now says it plans to investigate the cancelled deal.

A spokeswoman for Leumi said that, since cancelling Dankner’s debt break last month, the bank had not entered into new negotiations with him and was “continuing all options to collect the debt”.

Dankner’s firm Ganden said debt restructuring deals like the one it was planning with Leumi have always been a normal part of business in Israel and other Western countries. The companies that are part of Dankner’s IDB group have historically paid all their debts on time and are still working on a bank deal, said a spokeswoman.

“We are convinced we can also reach a fair and agreed arrangement with the banks,” she said.

Dankner’s IDB conglomerate is one of 10 large business groups that control about 30 percent of the market value of public companies in Israel.

Such conglomerates make use of a “pyramid” corporate structure, using tiers of holding companies to allow a powerful shareholder to hold sway over a business empire while actually owning only a fraction of equity in the companies it controls.

A businessman at the top of a pyramid can control a company at the bottom with less than 10 percent of the capital.

Israel is expected to pass a law this year constricting the power of pyramids. Holding companies will have to limit how many tiers of subsidiaries they have. Conglomerates will have to choose between owning major financial or non-financial concerns.

The law could hurt tycoons, said Richard Gussow, senior analyst at DS Securities: “They will have to restructure, sell companies, and since everyone knows they are going to sell, they might not get the full value for them,” Gussow said.

Big debtors account for an increasing portion of the corporate bond market. At the end of 2012, 91 percent of outstanding debt in Israel’s corporate bond market was issued by companies with more than 500 million shekels of debt, up from 75.5 percent in 2004, according to the central bank.

Israel’s Security Authority said that in 2012 about 28 corporations opened negotiations for debt rescheduling with bondholders and that this was “worrying”.

IDB Development, one unit of IDB Holding, owes nearly 6 billion shekels. Earlier this month, an Israeli court rejected bondholders’ demands to hand them control of IDB Development as part of a debt settlement plan. The court appointed outside observers to monitor IDB’s conduct.

“This court has never seen such an extreme case in which financial institutions gave credit at such sums, with no collateral and without providing any explanation,” Judge Eitan Orenstein said.

Outside the courtroom Dankner told reporters that IDB Development had enough assets to pay its creditors.

“The company has wonderful assets, some of the best in Israel’s market, worth a lot of money, worth billions, and if the company wants to it can realize those assets,” he said.

Many of the IDB companies have already been hit by slowing economic growth and accelerated competition. Shares in IDB Holding have fallen more than 16 percent so far in 2013 after plunging 74 percent in 2012.

A subsidiary of IDB partnered with Israeli tycoon Yitzhak Tshuva’s Elad Group to invest $1.2 billion in land in Las Vegas. Their plans to build a casino, just before the U.S. real estate market crashed, created heavy losses for the company.

Netanyahu has long been a champion of free enterprise in a Jewish state founded on socialist roots. He promised to revamp the economy in his previous term in office, but little changed.

Morris Dorfman, head of the National Economics Council which advises the prime minister on economic matters, said the shift in public mood now made more aggressive change possible: “Reforms are easier (now) because of public opinion.”

A draft budget law, set to be approved by the cabinet on Monday, includes measures that would cut red tape to increase food imports and limit dominant food retailers opening new shops – moves aimed at boosting competition and lowering prices.

“These reforms will be on land, sea and air, in every field,” Netanyahu said on April 28.

Protests over the economy helped make neophyte politicians Yair Lapid and Naftali Bennett the stars of the last election. Lapid is now finance minister and Bennett is economy minister, the most important allies in Netanyahu’s coalition. Bennett heads a newly-announced ministerial committee tasked with breaking down monopolies.

Other politicians have been drawn into the public chorus of anger over Dankner’s proposed Bank Leumi deal.

“Regular people face monstrous interest rates and aren’t eligible for the same convenient terms of the tycoons, who have set up pyramids. They end