The Day Women of Wall Gained Legitimacy in Jewish World 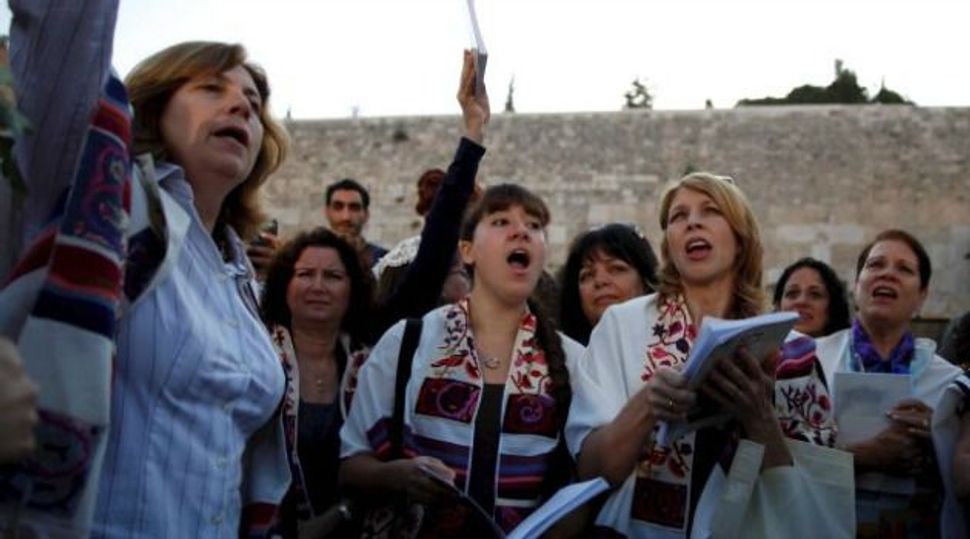 The Women of the Wall left the site feeling elated. Two human chains of policemen opened paths on the left and on the right, surrounded by an ocean of Haredi men and women. As they walked, the women, wrapped in prayer shawls, sang Ozi v’Zimrat Yah Vayahi li lishuah, a song marking the Sivan Rosh Hodesh (first day of the new month of Sivan) prayer.

People yelled slogans like “go back to Germany” and other vile calls. Minutes later, a few stones slammed into the bus carrying the women away. This is how it ended this time. Until next month.

During Friday’s Rosh Hodesh Sivan prayer at Western Wall, there was much more than Chillul Hashem (desecration of the name of God) and a desecration of the holy place – but besides this small matter, both sides, the Haredim and Women of the Wall, earned points. The Haredi women leaders and the rabbi of the Western Wall, Shmuel Rabinowitz, flexed their muscles and created a deterrent for the next time. Minister for Religious Affairs Naftali Benett, Attorney General Yehuda Weinstein and the Ministry of Justice will surely not overlook this message when they sit down to formulate the new regulations for holy sites: The situation is untenable, they will say; the ruling by Jerusalem District Court Judge Moshe Sobel, that allowed the women’s prayer in plaza, cannot be tolerated.

For the Women of the Wall, 1st of Sivan, 5773 is a holiday, a day in which they have been granted historic legitimacy. For the first time since the group’s creation 24 years ago, they have been allowed to pray as they wish, with prayer shawls, with Tefillin, with song – and all in the holy site’s main plaza.

The Day Women of Wall Gained Legitimacy in Jewish World