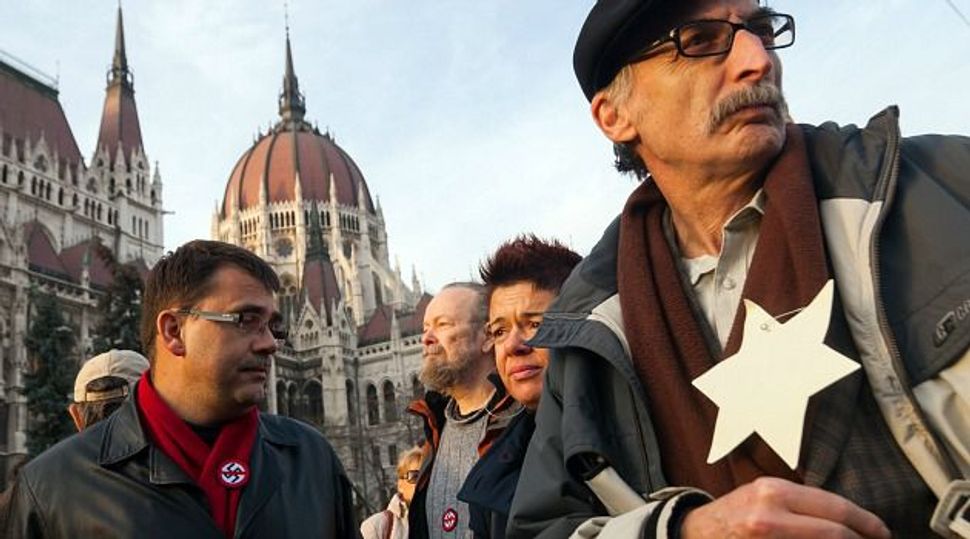 In an expedited court procedure on May 9, one of the men, identified by the Hungarian news site Hir24 as Gabor M., was sentenced to three years in jail and the other two, Gabor E. and David V., were each handed a suspended sentence of two years. Gabor M. has appealed the verdict and his trial continues, according to the news site.

The men, all in their 20s, belonged to a group of about a dozen neo-Nazis who accosted a group of visitors to the World Jewish Congress general assembly on May 3 at the Hungarian capital’s Deak Ferenc square.

The Hir24 report did not say what charges were brought against the men, but according to Kossuth Radio they were arrested on suspicion that they intended to physically assault the Jewish visitors.

The three men followed the visitors from the Dohany Street Synagogue and made Nazi salutes at them and shouted Nazi slogans.

The man who was sent to jail received a tougher sentence because of earlier convictions for violence, a spokesperson for the Budapest prosecutor’s office said according to reports.