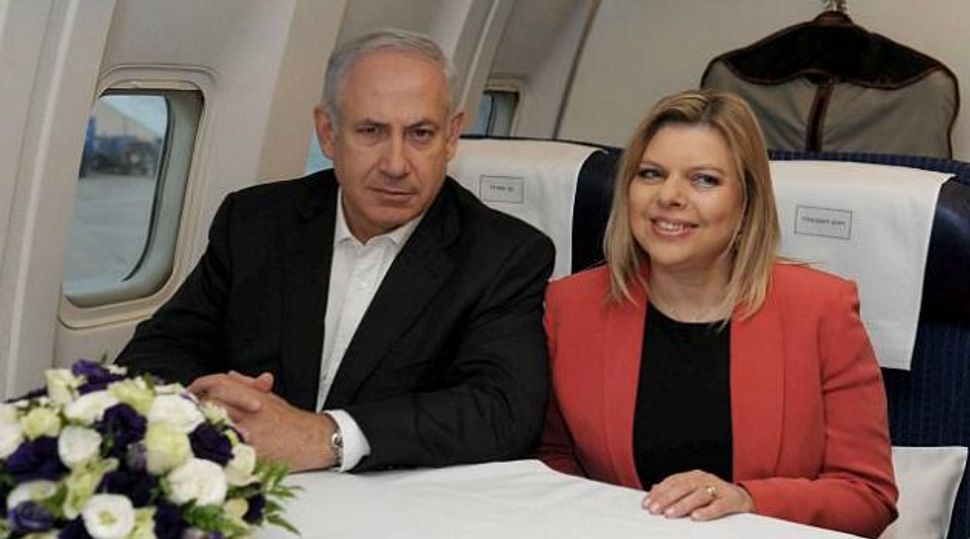 Benjamin Netanyahu is changing his mid-air sleeping arrangements after a public flap over a $127,000 custom-built bedroom for the Israeli prime minister and his wife on a flight to London last month.

Israel’s Channel 10 television reported the sum was tagged onto the $300,000 cost of chartering an El Al Boeing 767 that flew the couple and Netanyahu’s entourage of aides and bodyguards to former British leader Margaret Thatcher’s funeral.

News of the extra public expenditure, for a 5-1/2-hour flight, caused an outcry on Israel’s social media and in its mainstream newspapers that coincided with protests over government plans to raise taxes as part of an austerity budget.

“Bibi is king, and in a monarchy, when the king and queen fly, price is no object,” said political commentator Sima Kadmon, referring to the prime minister by his nickname.

“Where is the shame?” she wrote on the front page of Yedioth Ahronoth, Israel’s biggest newspaper.

Netanyahu’s office did not dispute the reported figures. It said he had been unaware of the extra cost of installing the double bed and partition and wanted to arrive fresh for meetings with world leaders on the sidelines of the funeral.

The prime minister, it said, was entitled to a good night’s sleep on an overnight flight after a busy day. But it added, a sleeping cabin would no longer be installed on his flights to Europe.

The Netanyahu bedroom touched a particular nerve in Israel after news earlier this year that the prime minister’s office had an annual budget of $2,700 to buy his favourite flavours from a Jerusalem ice cream parlour.

A post on Netanyahu’s Facebook page contained a link to a website inviting people to sign a petition demanding he pay for the bed out of his own pocket. Nearly 4,000 have signed since Channel 10 first broke the news on Friday.