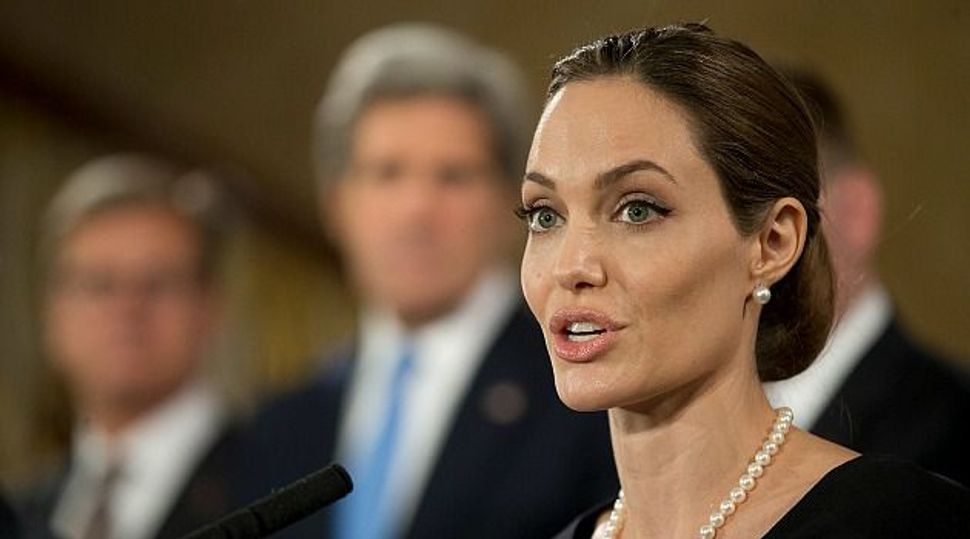 Stunning Star: Angelina Jolie says she underwent a preventive double mastectomy after discovering she has a genetic mutation that is especially common among Ashkenazi Jewish women. Image by getty images

Hollywood superstar Angelina Jolie has had a double mastectomy to reduce her chances of getting breast cancer and says she hopes her story will inspire other women fighting the life-threatening disease.

Jolie wrote in the New York Times on Tuesday the operation has made it easier for her to reassure her six children that she would not die young from cancer, like her own mother did at 56.

“We often speak of ‘Mommy’s mommy’, and I find myself trying to explain the illness that took her away from us. They have asked if the same could happen to me,” wrote Jolie, 37.

“I have always told them not to worry, but the truth is I carry a ‘faulty’ gene.”

“Once I knew this was my reality, I decided to be proactive and to minimize the risk as much as I could. I made a decision to have a preventive double mastectomy,” she said.

Partner and fellow Hollywood star Brad Pitt was by Jolie’s side through three months of treatment that ended late in April, she said. The two got engaged last year.

Jolie said that even though she had kept silent about her treatment while it was going on, she hoped her story would now help other women.

“I choose not to keep my story private because there are many women who do not know that they might be living under the shadow of cancer. It is my hope that they, too, will be able to get gene tested.”

Breast cancer alone kills some 458,000 people each year, according to the World Health Organization. It is estimated that one in 300 to one in 500 women carry a BRCA 1 or BRCA 2 gene mutation, as Jolie does.

The anguish faced by Jolie is familiar to many Jewish families. The BRCA1 mutation is especially common among Jewish women, particularly those of Ashkenazi descent.

The gene is at the center of an ongoing Supreme Court case over a biotech company’s effort to patent the gene.

Her decision was hailed by breast cancer patients and charities.

Richard Francis, Head of Research at the Breakthrough Breast Cancer charity in Britain, said it demonstrated the importance of educating women with the gene fault.

“For women like Angelina it’s important that they are made fully aware of all the options that are available, including risk-reducing surgery and extra breast screening,” Francis told Reuters.

Breast Cancer Campaign Chief Executive Baroness Delyth Morgan said Jolie’s openness in talking about her experience and her decision to have surgery would raise awareness of the disease and its risk.

She lends her star power to a range of humanitarian campaigns, including serving more than 10 years as a goodwill ambassador for the U.N. High Commissioner for Refugees.

In April, she urged governments to step up efforts to bring wartime sex offenders to justice.