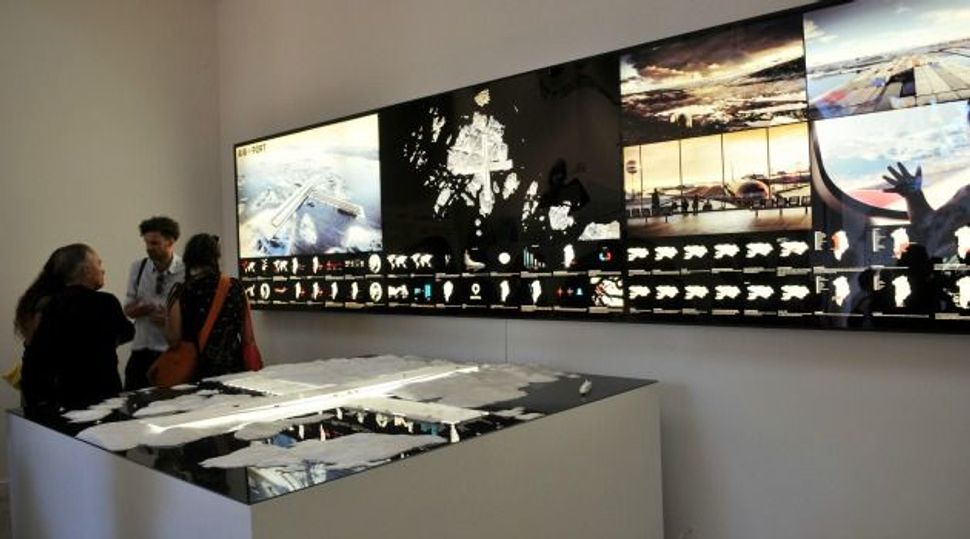 For its first pavilion at the prestigious Venice Biennale international art festival, the Vatican is presenting an exhibit inspired by the first book of the Torah, rather than by a New Testament theme.

Called “Creation, Un-Creation, Re-Creation,” the three-part show in the Vatican’s pavilion will draw on the first 11 chapters of Genesis, Cardinal Gianfranco Ravasi, president of the Pontifical Council for Culture, told reporters Tuesday at a news conference presenting the concept.

Three international contemporary artists were chosen to explore the three themes: the Milan-based multimedia group Studio Azzurro was commissioned to produce an interactive video inspired by Creation; the Czech photographer Josef Koudelka explores Un-creation with a series of black and white images; and the Australian-born artist Lawrence Carroll evokes Re-Creation with multi-media works.

Genesis, Ravasi said, “is fundamental for culture and for Church tradition. It is also a source of inspiration for many whose works have left a mark on the history of art: the story told in the Book of Genesis. Specifically, the first eleven chapters have been chosen, as they are dedicated to the mystery of man’s origins, the introduction of evil into history, and our hope and future projects after the devastation symbolically represented by the Flood.”

The exhibit may signal a return to a golden age of art-commissioning for the Vatican, which was once responsible for funding some of the world’s great works of art in the Renaissance.

The 55th edition of the Biennale opens June 1 and runs until Nov. 24 and features pavilions from more than 80 countries.