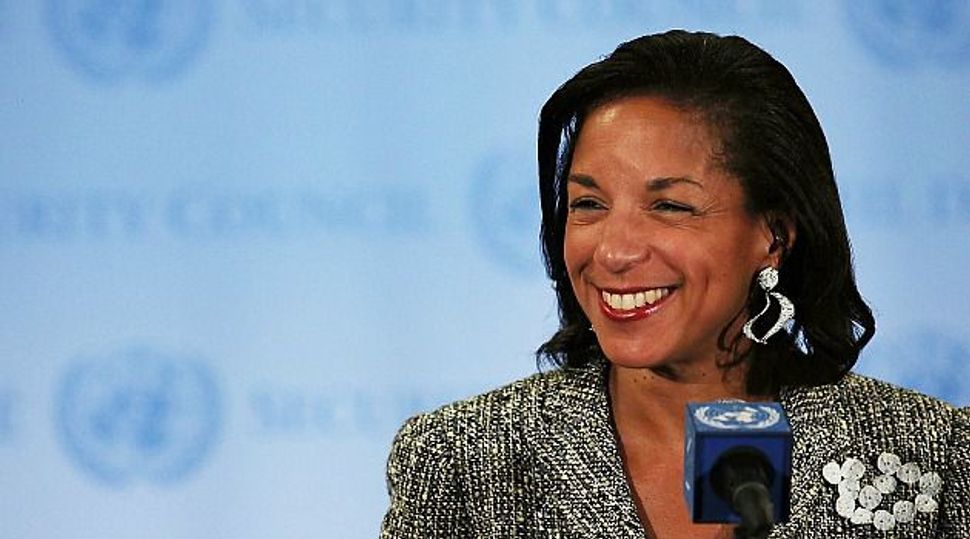 The hour-long meeting May 13 organized by the Jewish Council for Public Affairs also included representatives of The Jewish Federations of North America, UJA-Federation of New York, and the JCRC of New York.

JCPA President/CEO Rabbi Steve Gutow presented Rice with a gift of a mezuzah in recognition of her support of Israel and advocacy of U.S. values and interests at the United Nations.

“Be it in increasing pressure on Iran to end its nuclear arms ambitions, preventing efforts to isolate Israel diplomatically, or addressing the crisis in Sudan, Amb. Rice has been an important ally,” said Gutow. “We are heartened by her support and leadership on these and other priorities for the U.S., Israel, and the Jewish community.