Western Wall’s Many Planned Jewish Makeovers — And Why They Died 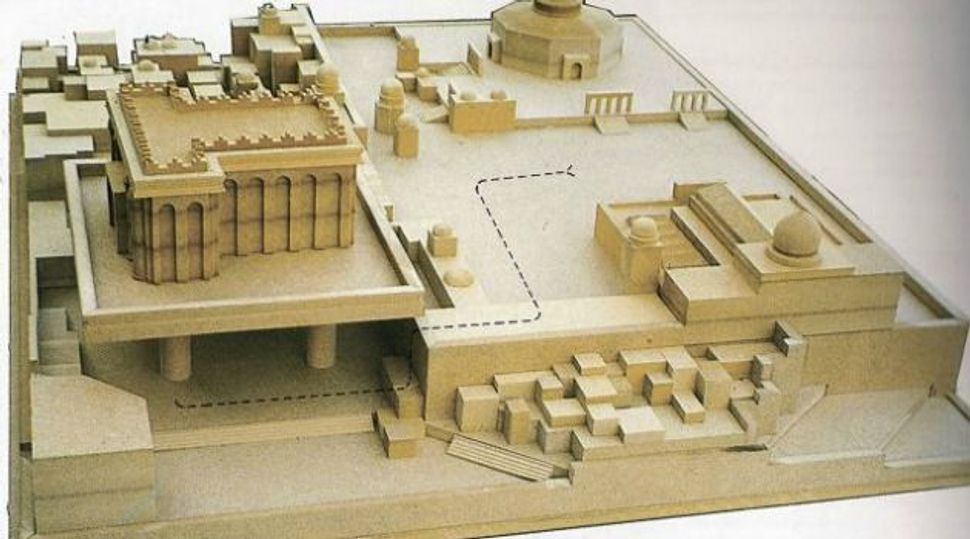 A 1991 vision for the Third Temple, which was intended to rise on the Temple Mount plaza. Image by haaretz

In 1990 El Al Israel Airlines caused, indirectly, great embarrassment to Israel with an advertisement that appeared in its in-flight magazine at the time, IsraELAL. The ad, for the jewelry company NDC, appeared on the back cover, and featured an image of the Third Temple in the center of the Temple Mount plaza.

The Dome of the Rock and Al-Aqsa Mosque had been erased, and the entire page had a text adorned with pictures of diamonds, which urged readers to come to the holy city. The ad provoked a big stir in the Muslim world, which was in an uproar ‏(as reported in the Egyptian press‏) over what it called an “ugly and dangerous Israeli plot.”

Fantasies of reviving the Western Wall, the sole remnant of the wall that supported the platform on which stood the ancient Temple, began to flourish with the conquest of East Jerusalem in the Six-Day War. Various proposals for construction in the Wall’s plaza piled up on the Jerusalem city engineer’s desk during the ensuing six years. The Yom Kippur War put an end to that, too, at least temporarily.

“The unbuilt Jerusalem is much more interesting than the built one,” declares David Kroyanker, who studies the city’s architectural history. He curated an exhibition at the Tower of David Museum 20 years ago entitled “Dreamscapes: Unbuilt Jerusalem,” and a chapter in the book that accompanied it dealt with proposals concerning the plaza.

Western Wall’s Many Planned Jewish Makeovers — And Why They Died