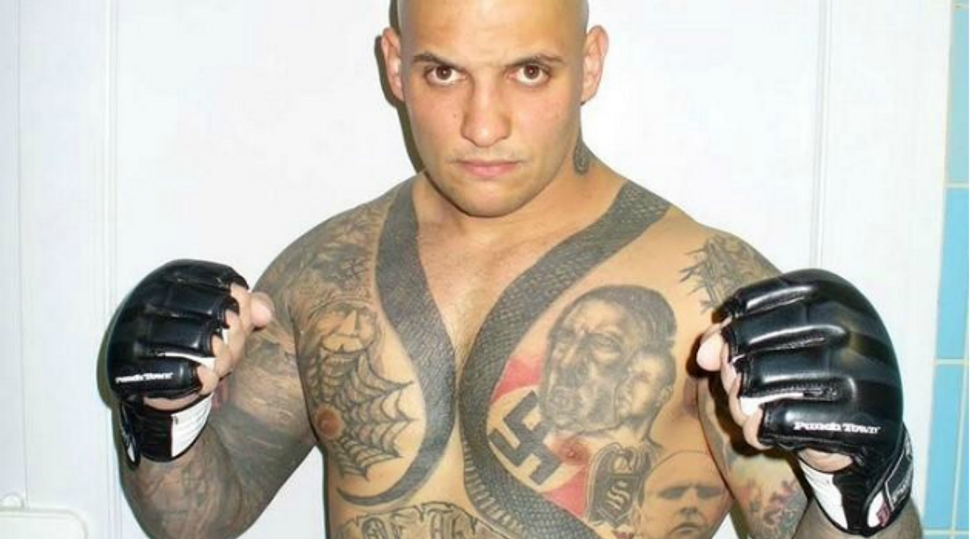 Bad Dude: Hungarian kickboxer Attila Petrovszki was banned from a tournament because of his Nazi skin art. Image by courtesy of radio prague

A Hungarian martial arts fighter was disinvited from an event in Prague because of his Nazi tattoos, including one reading “death to the Jews.”

Some of the sponsors of the Heroes Gate martial arts tournament told organizers that Attila Petrovszki from Hungary could not attend the May 17 event because he had a tattoo of Adolf Hitler and a swastika on his body and the anti-Semitic words, Radio Prague reported.

The event’s promoter, Ladislav Kutil, told Radio Prague the fighter’s appearance had been cancelled due to ‘media pressure’ on Heroes Gate and its sponsors, which include gyms, car dealerships and Pepsi. The poster also carries the logos of the City of Prague and Czech Television.

Heroes Gate has released a statement claiming that Attila Petrovszki’s Hungarian agent had assured them the fighter was no longer an active neo-Nazi, that the tattoos were the result of a troubled youth, and he was now – through kickboxing – taking his life in a new direction, which, said the promoters, was what martial arts are all about.