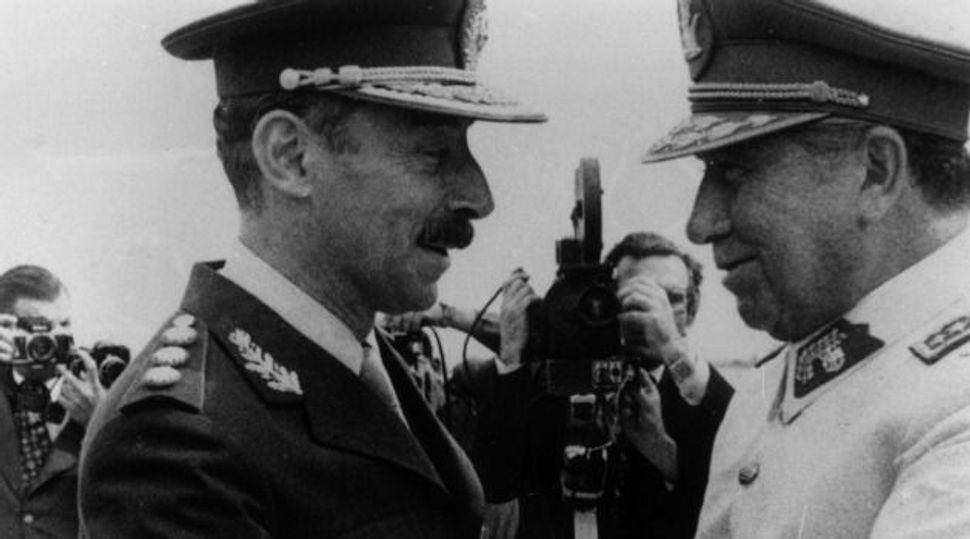 Former Argentinian dictator Jorge Rafael Videla, who is believed to be responsible for the disappearance of thousands of the country’s Jews, died in prison.

Videla was serving a life sentence for crimes against humanity when he died on Friday at 87.

He had ruled the country from 1976 to 1981, gaining power with a coup toppling President Maria Estela Martinez de Peron, the widow of leader Juan Peron.

At least 1,900 Jews were among the 30,000 people who “disappeared” or were arrested, imprisoned, tortured and murdered during the military junta’s reign.

It was a disproportionate number considering Jews comprised 1 percent of the Argentinian population but made up 5 percent of the disappeared. The many Jews involved in human rights and social struggles groups were targeted for persecution.