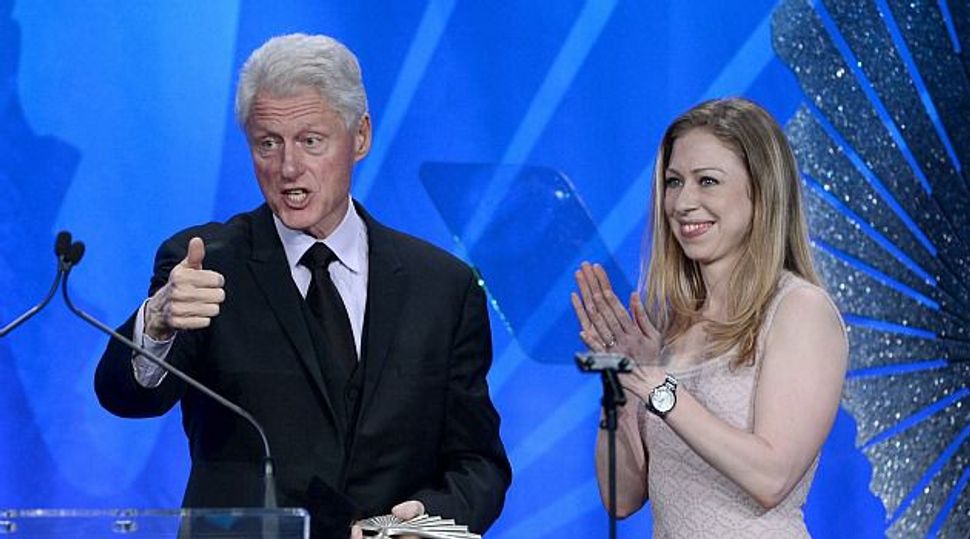 Chelsea Clinton, who has said her marriage fueled her interest in interfaith relations, will head a multi-faith institute at New York University.

Clinton, 33, the daughter of former President Bill Clinton and former Secretary of State Hillary Rodham Clinton, will co-chair the university’s Of Many Institute, which will “develop multi-faith dialogue and train multi-faith leaders,” the New York Post reported on Tuesday.

The Post quoted Clinton as telling Time magazine last year that her marriage to Marc Mezvinsky, who is Jewish, brought her closer to interfaith relations.

“With all candor, because my husband is Jewish and I’m Christian, and we’re both practicing, it’s something that’s quite close to home,” Clinton said.

Clinton already serves on the board of a number of charitable institutes and as an assistant vice provost at the university.

She is also an occasional correspondent for NBC News and on the board of IAC, a media conglomerate. Mezvinsky, the child of two former members of Congress, is a banker.